Katrina In An All Denim Look

Katrina Kaif sported an all denim look to the airport and she was snapped there in the early hours of Thursday morning. Katrina wore a white tank top and overlaid it with a classic denim jacket. She also wore a pair of high rise jeans to go with her outfit. Her hair was tied up in a pony tail and she sported a cool pair of sunglasses. On the work front, Katrina will next be seen in the Salman Khan starrer Bharat.

Jacqueline Fernandez too was snapped at the airport in the early hours of Thursday morning. Jacqueline sure knows how to pull off a boss lady look. She was dressed in a dark blue pin stripped pant suit with knee high slits on the trousers. She wore a white tank top to go with the blazer, and sported a pair of classic white sneakers to complete her look. On the work front, Jacqueline will next be seen in the Bollywood remake of the American movie, Drive.

The paparazzi also caught a glimpse of the superstar Salman Khan at the airport on Thursday. The Bhai of Bollywood looked very cool in a black leather jacket which he teamed with a black t-shirt and a pair of blue denims. He wore black formal shoes to complete his look. Salman will next be seen in the film Bharat, which is being directed by Ali Abbas Zafar. The film stars Katrina Kaif, Tabu, Disha Patani, and Varun Dhawan will be making a cameo appearance in it.

Virat Kohli Is Full Of Swag

Virat Kohli returned to Mumbai city and was snapped at the airport. Virat was full of swag as he was seen sporting a black sweater with black denims, and a pair of white sneakers. He carried a Louis Vuitton duffel bag with him. 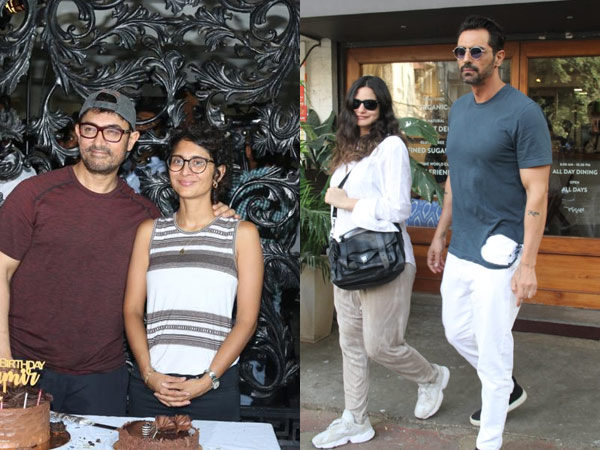