Priyanka Chopra celebrated her first Thanksgiving with her hubby Nick Jonas as a couple and as expected, it was some lavish celebrations with mouth-watering dishes and plenty of cute pictures.

Later, both Priyanka and Nick took to their respective Instagram pages to give their fans a sneak-peek into their Thanksgiving celebrations through their Insta stories. Check out the pictures and videos here.

Priyanka shared clips where she gave a glimpse into her Thanksgiving party which had a lavish spread of food on a beautifully-decorated table. As the camera pans across the table, the actress is heard saying ‘there's too much food'. We then see PeeCee letting out a mock scream.

Priyanka Sends Thanksgiving Wishes From The US

'The Sky Is Pink' actress also shared a picture where she is seen posing with Nick. She captioned the click, "Happy thanksgiving to everyone celebrating.. I'm so thankful for life and all the blessings attached to it. Love and joy always.. ❤️🙏🏽."

Before their wedding anniversary, Priyanka presented Nick a German shepherd puppy, Gino. Later, Nick shared a video and wrote, "Pri came home with the absolute best surprise this morning. Please meet our new pup @ginothegerman I haven't stopped smiling since I woke up this morning and finally realized what was going on. Thank you @priyankachopra."

Coming Back To Thanksgiving

Nick too shared a video clipped where he is seen getting goofy with his wife. 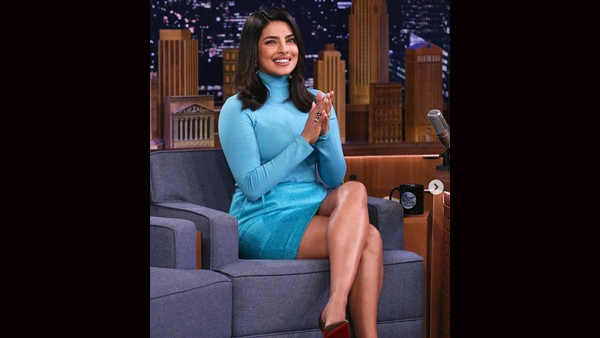 Priyanka Chopra Reveals Why She Demanded Leading Roles Even When She Was New In Hollywood! 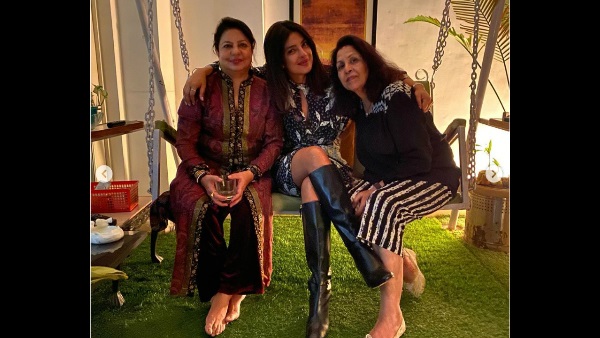 Priyanka Chopra Chills Like A Boss With Family In Delhi; See Pictures