Karan Johar will be donning the directorial hat after a long gap for his ambitious period-drama, 'Takht'. Ever since its announcement, this film has already created a lot of buzz for its stellar star cast which includes Ranveer Singh, Kareena Kapoor Khan, Alia Bhatt, Vicky Kaushal, Janhvi Kapoor, Bhumi Pednekar and Anil Kapoor.

While everyone is eagerly waiting for this flick to hit the shooting floors, the latest reports suggest that the shooting of the film will kick-start in February, 2020.

According to a Mumbai Mirror report, Karan Johar's 'Takht' will be hitting the shooting floors in February 2020. One also hears that Karan Johar is going the extra mile to ensure that his film doesn't turn out to be a flop show like 'Kalank'. As per reports, the director will be hosting acting workshops for the cast "with diction and body languages" so that they get the nuances of their characters right.

The Mirror report further states that everyone in the film has a different look. For example, while Anil Kapoor has to put on weight, Ranveer Singh and Vicky Kaushal are expected to look leaner. A source told the tabloid, "The film kicks off in February with a start-to-finish schedule. Being a period film, the technical team is presently focused on the sets and locations and the script while also deciding on the diction and mannerisms of the characters. Work on the visual effects will take place simultaneously with the shoot so the film is ready on time."

Earlier in an interview, Karan Johar admitted that he is nervous about directing the film. He was quoted as saying by a DNA report, "It is challenging but also exhilarating. I've never made a period film and I want to do my interpretation of that world and syntax. I know period dramas have been attempted and achieved in Indian cinema. There is no point in me doing something that you have seen before. I need to give it my slant, my energy. I am hugely nervous but also excited."

'Takht' is about two warring brothers, inspired by the fight for the throne between the sons of Shah Jahan - Aurangzeb and Dara Shukoh. While Vicky plays the role of Aurangzeb, Ranveer essays the role of Dara.

The 'Uri' actor had expressed that he is quite excited to play Aurangzeb and was quoted as saying, "I had attempted something of that sort in Raman Raghav and that character is always something I feel like in every 5 years playing that sort of a grey, negative shade with the way I will mature in life, I would give a different shade to that character. It's the same with Aurangzeb, I'm really excited to really explore him." 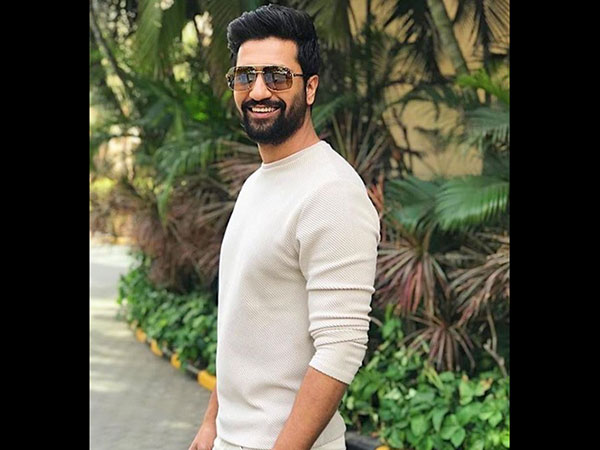