With the release date of 'Mission Mangal' inching closer, the makers have been upping our anticipation level for the film by dropping new promos and posters.

Today, a new trailer of this film will be unveiled online. But before that, the makers have released a series of new character posters featuring the ensemble cast which includes Akshay Kumar, Taapsee Pannu, Vidya Balan, Sonakshi Sinha, Nithya Menen, Kirti Kulhari and Sharman Joshi.

Have a look at the posters here.

Recently at a promotional event for the movie, Akshay said, "I feel irritated when someone says it (a film) is a women-oriented subject. What do you mean by women-oriented? If we are equal, then there should not be anything as male-oriented or female-oriented, it should just be a film. That's what I feel."

Further revealing his intention behind choosing to do such a subject, the superstar added, "I've made this film mainly for children so that they feel encouraged to become scientists. Scientist as a profession is not very likeable, but after ISRO's launch of the Chandrayaan, people are becoming more aware of the need and importance of scientists. I hope this film conveys what a great profession it is."

'Mission Mangal' is slated to lock horns with John Abraham's 'Batla House' on August 15, 2019. But, Akshay is unfazed by this clash. John too recently spoke about this box-office clash and was quoted as saying, "If you notice the trajectory of any big actor, they have always released their films on a holiday. Why should I not do the same? Films always get more footfalls when they are released on special occasions like festivals, as families step out together. If there's a bigger film opposite mine, so be it. Maybe, I will have the bigger film one day. I want to release Batla House because I have confidence in my content and I hope that the content of every other film releasing along with mine - now or later - is fantastic, too."

Meanwhile, 'Mission Mangal' or 'Batla House', which film would be your pick this Independence Day? 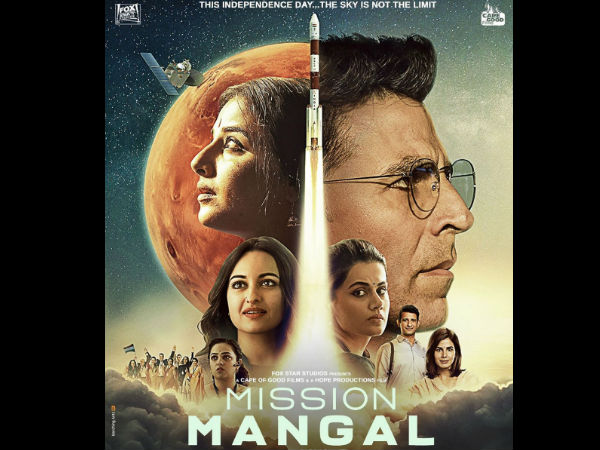