Aamir Khan and his wife Kiran Rao attended the funeral of their longtime personal assistant, Amos Paul Nadar, on Wednesday, May 13. Amos died of a heart attack on the morning of May 12. He was 60.

Aamir Khan, Kiran Rao, and a few others attended the final rites ceremony of Amos in Mumbai. The latter was buried in a Christian cemetery in Sewri. Visuals of the funeral showed the attendees taking safety measures by wearing masks and sanitising their hands in the times of the novel coronavirus. One image showed Aamir and Kiran standing in front of Amos' coffin, mourning his loss.

Aamir Khan's friend and actor Karim Hajee told PTI, "Amos worked with a superstar but was endearing and simple. He was like this to not just Aamir but everyone. He put everyone at ease and was a wonderful person. He had a wonderful heart, was so bright and a hard worker."

He added, "He had no major illness, his death is shocking. He died with his boots on. Both Aamir and Kiran are devasted. Aamir had sent us a message and said it is an irreplaceable loss. We were so numb, we will miss him."

Amos had worked with Aamir for more than two decades, and was closely associated with him. According to Hindustan Times, he was rushed to the Holy Family Hospital by Aamir, Kiran and others, when he collapsed on Monday morning. 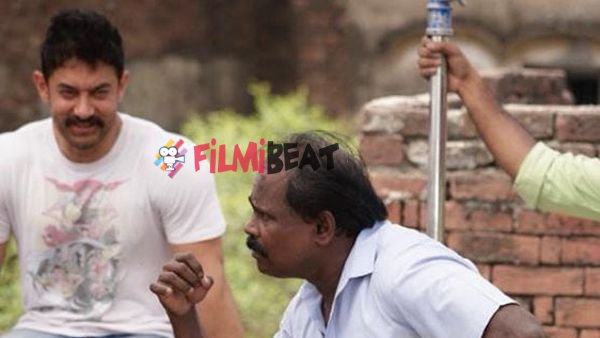