Juhi Chawla's song 'Main Teri Rani Tu Raja Mera' from the 1993 film Lootere became iconic and caused a lot of buzz at the time because it featured Juhi frolicking around the beach in just a shirt. The actress recently opened up on her experience shooting for the song and said that she was very self-conscious in her costume.

Speaking to Rajeev Masand, Juhi said, "This came soon after Qayamat Se Qayamat Tak (1988). Maybe I had just started Love Love Love (1989) or something like that. This was a radical change in my look and feel and everything. It was all Dharmesh Darshan and his imagination. It had to be in a shirt and I was so self-conscious because, 'What? I am in a shirt on a beach? Only in a shirt?!' Well, not quite, but yes," she said, adding that it was important for her that it look 'aesthetic' and not 'tasteless'.

She continued, "The moment Saroj ji was choreographing, I was like, okay. Because she has done work with Sridevi ji and Madhuri Dixit, and her work has finesse. So then I was comfortable and it happened, and even I have to say that it looked quite nice."

Her next screen appearance will be in Sharmaji Namkeen opposite Rishi Kapoor. The film is being directed by Hitesh Bhatia. 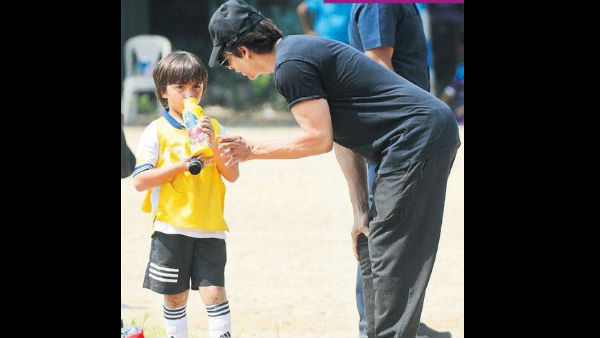 ALSO READ: Juhi Chawla: I Thought AbRam Was Drinking From A Plastic Bottle; Was Ready To Pull Shah Rukh's Ears