Today, the makers unveiled the first look poster of the film. In the picture, Anmol and Jhatalekha are seen sharing a candid moment. The film also stars Zoa Morani in a pivotal role.

According to reports, the modern day rom-com revolves around two millennials who date each other but get to meet each other only on Tuesdays and Fridays, while they are free to date other people for the rest of the week. Buzz is that while Anmol will be essaying the role of an author, Jhatalekha will be playing a lawyer.

Tuesdays & Fridays marks the directorial debut of Taranveer Singh who has worked as an assistant director on films like Yeh Jawaani Hai Deewani, Karthik Calling Karthik among others.

Earlier, it was speculated that this Sanjay Leela Bhansali production might head for an OTT release owing to the COVID-19 pandemic. However, now, the makers have revealed that the film will be releasing in theatres on February 19, 2021.

Talking about the lead pair, Anmol Thakeria is the son of veteran actress Poonam Dhillon and filmmaker Ashok Thakeria. His leading lady Jhatalekha represented India at Miss International 2014 held in Japan. Before Anmol and Jhatalekha, Sanjay Leela Bhansali had launched his niece Sharmin Segal and Javed Jafferi's son Meezan Jaffery under his banner in the 2019 film Malaal. 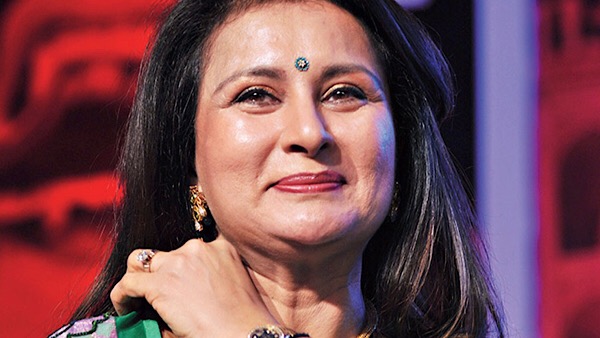 ALSO READ: Poonam Dhillon Recalls Being Cast In Trishul By Yash Chopra When She Was Still In School

ALSO READ: Remember Poonam Dhillon? This Is How Beautiful Her Daughter Paloma Dhillon Has Grown Up To Be!