She was first seen as a tomboy in Rakshit Shetty's film Kirik Party. But, none ever guessed she would transform to be a bombshell from a girl next door. We are talking about none other than the 20-year-old Sandalwood actress Samkyuktha Hegde. At such a young age, she has a huge fan following and about 8.5 lakh followers on Instagram. Her posts clearly speak for her fierce attitude. However, Samyuktha Hegde has been now bashed by the users for sharing some of her bold bikini pictures. So much so that, some even called her a disgrace to the Kannada industry! See the pictures below and read further to know how she gave it back to the haters.

Samyuktha Hegde recently visited Phi Phi islands to get her license in diving. Yesterday, she shared a few pictures from the holiday in which she's seen donning a bikini. Though the actress seemed very happy to share the experience with her fans, it didn't go well.

'A Disgrace To Kannada Industry'

It is indeed appalling to see how actresses are judged for their appearance and often for the kind of clothes they wear. Similarly, upon seeing these bold pictures of Samkyuktha's, a few commented saying she's a disgrace to the Kannada film industry.

Some even began drawing comparisons between her and the Bollywood actress Sunny Leone, who previously worked in adult films. One of the comments read, "Next Sunny Leone. Don't come to Karnataka" - (sic)

Nevertheless, Samyuktha doesn't pay heed to these haters. She is very vocal about her choice and her captions under social media posts reflect her bold attitude. She wrote, "People will hate you, rate you, shake you and break you but how strong you stand is what makes you" - (sic)

The Kirik Party actress captioned the above picture as, "Too Dark? Too Fair? Too Thin? Too Fat?Too Short? Too Tall? You will never be enough..There will always be something that's missing..So stop caring about a world that doesn't care about you. Live Wild Live Free. Love yourself" - (sic)

The online hatred and trolling aren't stopping Samyuktha from achieving great heights. After Kirik Party, she appeared in a few more films. Later, she participated in the fifteenth season of MTV Roadies and also eneded up as the first runner-up in the love-hunting reality show MTV Splitsvilla. 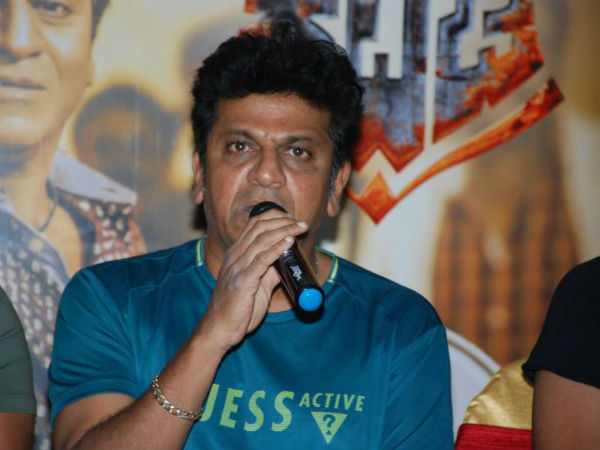 Here's Why Shivrajkumar Is Furious With TV Channels; 'This Has Never Happened In 30 Years'!