Anjaam Pathiraa, the Kunchacko Boban starring crime thriller has been receiving overwhelmingly positive reviews from both the audiences and critics. The movie, which is directed by Midhun Manuel Thomas has now completed 50 days run at the releasing centers and has already emerged as the first blockbuster of 2020.

When it is all set to complete its 50th day of release in about 12 releasing centers across Kerala, Anjaam Pathiraa has crossed the prestigious 50-Crore mark at the worldwide box office. Thus, the movie has emerged as the biggest box office success and the first 50-Crore film in the careers of its lead actor Kunchacko Boban and director Midhun Manuel Thomas.

Anjaam Pathiraa, which is which is made with a moderate budget is unarguably one of the most profitable ventures made in the industry in recent times. Despite not getting active promotions or not having a big pre-release hype, the Kunchacko Boban starrer managed to deliver a brilliant performance mainly because of the excellent reviews and great word of mouth publicity.

The movie, which is scripted by director Midhun Manuel Thomas himself, revolves around Dr. Anwar Hussain, a struggling criminologist who investigates the serial murders of police officers that happen in Kochi city. Kunchacko Boban has appeared in the role of Dr. Anwar Hussain in Anjaam Pathiraa, which features Sharaf U Dheen, Unnimaya Prasad, Sreenath Bhasi, Jinu Joseph, Remya Nambeesan, Indrans, Jaffar Idukki, Shaju Sreedhar, Sudheesh, Arjun Nandakumar, and so on in the supporting roles.

Shyju Khalid has handled the cinematography of the project. Sushin Shyam has composed the music score. Saiju Sreedharan is the editor. Anjaam Pathiraa is jointly produced by the banners Ashiq Usman Productions and Manual Movie Makers. 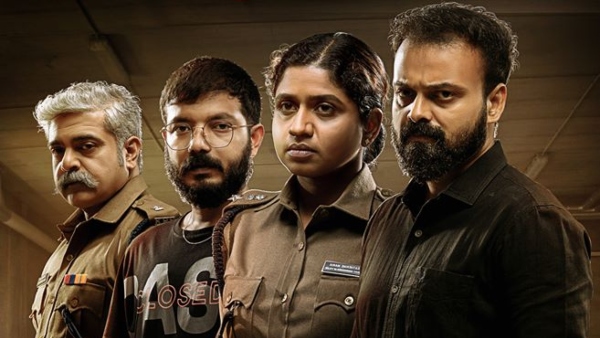