Varane Avashyamund, the recently released multi-starrer which marked the production debut of actor Dulquer Salmaan, is running successfully in all the releasing centers. While it is entering the second week of its release, Varane Avashyamund has finally hit the screens outside Kerala and is gearing up for an overseas release.

Recently, lead actor-producer Dulquer Salmaan revealed the much-awaited Mullapoove song video from the movie, through his official social media pages. The 2.52 minutes long song video introduces the audiences to the Neena, the character played by the National award-winning actress Shobana in the movie. The video also explores the beauty of Chennai city.

The interesting video has already crossed 150 K views and 8 K likes on YouTube just within a couple of hours of its release. The Malayalam cinema audiences are truly excited to welcome back senior actors Shobana and Suresh Gopi back on the silver screen after a long gap, with Varane Avashyamund.

Suresh Gopi, the actor-MP who made a comeback to Malayalam cinema after a 4-years gap has been receiving rave reviews for his performance as Major Unnikrishnan in Varane Avashaymund. Shobana and Suresh Gopi have shared the screen in the Anoop Sathyan directorial after a gap of about 14 years.

Varane Avashyamund is the debut directorial venture of Anoop Sathyan, who is the son of the senior filmmaker Sathyan Anthikad. According to the young filmmaker, it took him almost one and a half years to convince Shobana to play the character Neena in the project, which is scripted by himself. 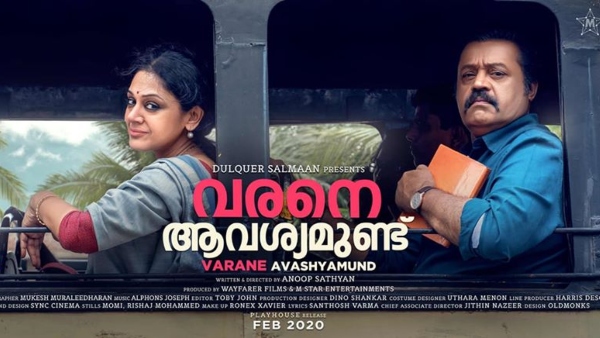