Master, the upcoming Vijay starring action thriller is unarguably one of the most anticipated upcoming projects of Tamil cinema in 2020. The shooting of the movie, which is directed by Lokesh Kanagaraj, is currently under progress. If the latest reports are to be believed, the makers have finalised the audio release date of Master.

As per the latest reports, the audio launch event of the Vijay starrer will take place on March, 10 Tuesday. The sources suggest that the Master audio will be officially launched in the grand event which will take place on the famous Hindusthan College, Chennai. The makers are expected to make an official announcement on the same, very soon.

Expectations are definitely riding high on the Master audio launch and Vijay's speech is unarguably the most-awaited part of the event. The Thalapathy of Tamil cinema who was recently in the headlines for the income tax raid that was held at his residence is expected to address the audiences and clear his stand on the same, at the Master audio launch event.

Recently, the makers had announced the release date of the much-awaited first single of Master. The song Oru Kutti Kathai, which is composed by Anirudh Ravichander and sung by Vijay himself, has been slated to be released on February 14, Valentines Day at 5 PM.

Master, which marks Vijay's first collaboration with the Kaithi fame director Lokesh Kanagaraj, will feature talented actor Vijay Sethupathi as the lead antagonist. Malavika Mohanan, the Petta fame actress appears as the female lead in the project, which will have Nassar, Shanthanu Bhagyaraj, Andrea Jeremiah, Sriman, Sanjeev, Srinath, Azhagan Perumal, VJ Ramya, and so on in the supporting roles. Master is slated to hit the theatres on April 9, 2020. 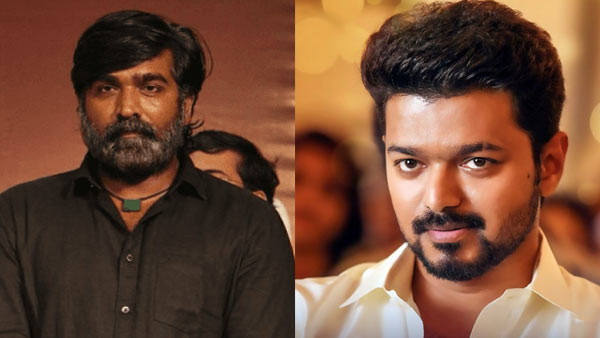