Psycho, the psychological thriller which has been considered as the most violent Indian film ever, has finally hit the theatres. The movie, which is written and directed by Mysskin, features Udhayanidhi Stalin, Nithya Menen, and Aditi Rao Hydari in the lead roles. Psycho is produced by Arun Mozhi Manickam, under the banner Double Meaning Production.

A psychopath serial killer named Anguli (Raj) murders women and keeps their heads as his trophies. He kidnaps Dagini (Aditi Rao Hydari), a radio jockey just when she was about to accept the love of her long-time admirer Gautham (Udhayanidhi Stalin), a visually-challenged man.

Dagini challenges Anguli, saying that Gautham will track him down, even if he kills her. Gautham, on the other hand, begins his search for his lover and the psychopath with the help of the quadriplegic, foul-mouthed former cop Kamala (Nithya Menen) and a police sub-inspector (Ram). How Gautham tracks down Anguli forms the crux of Pyscho.

The signature style of Mysskin, the writer-director is totally visible in each and every aspect of Psycho. The movie, which has been narrated with an ample amount of violence and bloodshed, is definitely not for the faint-hearted. Unlike the age-old tradition of portraying the psychopath in a negative light, Mysskin has taken a different route with Pyscho by empathizing with the serial killer. This angle definitely makes the movie stand out.

However, Psycho falls flat at certain portions with its extremely dramatic narrative and usages of age-old cliches. The screenplay fails in establishing a convincing romantic angle or emotional bond between Gautham and Dagini (where the woman eventually falls for her crazy stalker). Also, most of the characters, especially Udhayanidhi's Gautham and Ram's sub-inspector are severely under-written.

Psycho loses the impact it made in the first half in the second half and climax, which looks rushed and has so many logical loopholes. It dilutes the overall experience for the viewers and simplifies the aspects which had the potential, especially the serial killer's repentance. However, the confrontation between Gautham and Anguli has been staged brilliantly.

In short, Mysskin has succeeded in weaving a unique psycho-thriller which has some extraordinary moments to offer. But Psycho could've been an even better cinematic experience if the extreme dramatics and logical loopholes were avoided and characters were written with a little more conviction.

Udhayanidhi Stalin has done a decent job as Gautham, the visually-challenged man. His body language and mannerisms make the character believable, but the underwritten role doesn't offer him much to perform. Aditi Rao Hydari is the perfect choice for the angel-faced Dagini and has perfectly emoted her character's empathy and helplessness.

But it is Nithya Menen who steals the show with her brilliant portrayal of the foul-mouthed, quadriplegic, former cop Kamala. Nithya once again proves that she is the most-underused talents we have, with her terrific performance. The rest of the star cast, including Raj, Ram, Adukalam Narain, Renuka, Singampuli, etc., have done their parts well.

The background score by the Musical Maestro Ilaiyaaraja is the heart and soul of Psycho. Along with the excellent score that creates the perfect mood for the psychological thriller, the veteran musician has brilliantly used silence as a key factor, which totally elevates the experience. The songs are good too.

Tanveer Mir, the director of photography has scored with the exceptional visuals of the movie. The brilliant lighting and extraordinary frames deserve great applause.

Psycho is a unique psychological thriller that offers some brilliant moments if you are willing to look past its flaws. But this Mysskin directorial is definitely not for the faint-hearted. 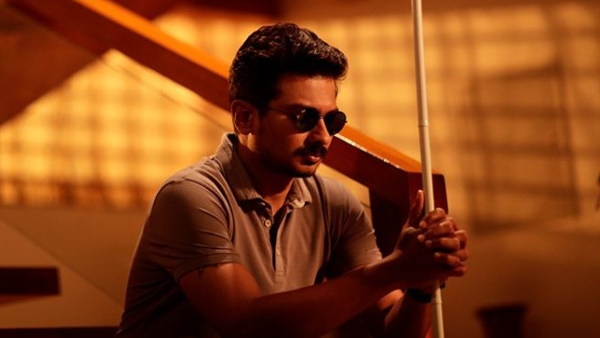