It was family time this weekend as the family members of the contestants entered the Bigg Boss 12 house. Surbhi's brother, Abhinav met his sister and praised her. It was Sreesanth's wife Bhuvaneshwari, who grabbed the limelight, as she lashed out at Surbhi Rana. She said that she would never ever forgive Surbhi, and called her a thankless person. Sreesanth was surprised as his kids too, entered the house. His daughter was so cute and she was seen jumping seeing her father. His daughter also kissed Dipika and called her, 'bua'! Rohit introduced his mother to everyone.

Later, Deepak broke into tears as his father entered the house. His father's dialogue for Somi was epic. He told her that she is his friend, but they can't get her married to him. Later, Surbhi was seen making fun of Somi! After sometime, Karanvir's wife with kids - Vienna and Bella entered the house. Bella was so cute, as soon as she saw Deepak, she remembered and called his name. She was seen waving to everyone, but as she saw her father cry, she became still since she didn't know how to react. Apart from Sreesanth's daughter, it was Karanvir's daughter also stole the show with her adorable expressions. Check out fans' comments!

Shubhrika: So adorable kids of kV and #sree #Bhuvneshwari nailed it and I like Teejay way of speaking very very much #FamilySpecial. - (sic)

"Cute to watch that #Bella kept saying Hi to papa.......... unless until Biggboss asked #KVB to play. Thanks a lot @BiggBoss for making their Day special & for us too. Now these HM's will be super charged. #BB12 #BiggBoss12 #FamilySpecial @KVBohra @bombaysunshine." - (sic)

@rbkamt: What #SurbhiRana got today? Thank You @Bhuvneshwarisr1 for giving her the taste of her own medicine. - (sic)

In today's episode, we will get to watch, Dipika's husband, Shoaib, Romil's wife and kid and Somi's sister, Saba entering the house. 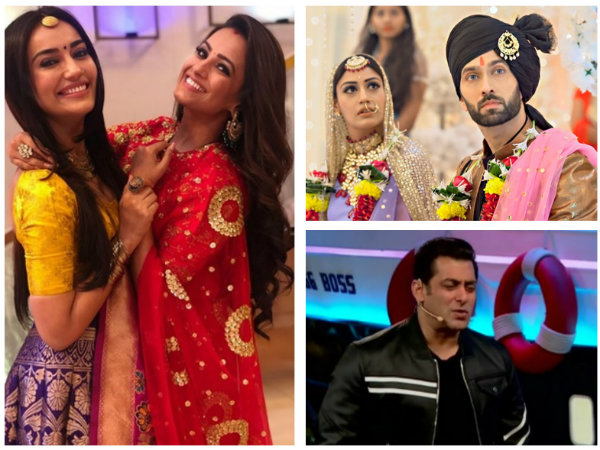