Comedian Sunil Grover, who's now a household name, thanks to his roles like Gutthi, Dr Mashoor Gulati and Rinku Devi on Comedy Nights With Kapil and The Kapil Sharma Show, spoke about his struggling days to Humans of Bombay recently. Sunil, who was seen in Salman Khan and Katrina Kaif starrer Bharat, opened up on how he faced rejection before Gutthi and made the startling revelation that he earned as little as Rs 500 a month during his initial days.

Sunil Grover said, "I was always good at acting & making people laugh. I remember in 12th grade I took part in a drama competition-the chief guest said that I shouldn't participate, because it was unfair to the others! After I finished my masters in theatre, I came to Mumbai to act. But for the first year, I only partied. I lived in a posh area, using my savings & some money from home. I'd only earn around Rs 500 a month. But I thought I'd be successful soon."

‘I Picked Up The Pieces And Rigorously Looked For Work’

Sunil revealed how his dad couldn't fulfil his dream of becoming a radio announcer, even after he had the offer. He said, "Eventually I realised that there were many like me, who were ‘superstars' of their town & ‘strugglers' here. Soon I had no income & was given a harsh reality check. I was demotivated. But I remembered how my dad wanted to be a radio announcer & even had an offer. But because my granddad was against it, he had to work at a bank & regretted it. I didn't want to let my dreams go. So I picked up the pieces and rigorously looked for work. But the road was still rocky."

Sunil Was Replaced On A TV Show

He further added, "At the same time I also started getting work in voiceovers. So when I'd be rejected from TV & films, I had a cushion to fall back upon-something that most didn't have. I realised how fortunate I was & regained my strength bit by bit. Around that time, I got offered to do a radio show. It was only going to be aired in Delhi, but when that show went live, it went viral! They decided to air it across India!"

How Gutthi Happened To Sunil?

After this, there was no looking back as Sunil got the biggest role of his life, Gutthi. He said, "After that, I got work in radio, TV & films. Soon ‘Gutthi' happened & in no time, became a household name! I remember I was called on a live show & when I went on stage, the audience was roaring for me! I turned to make sure there wasn't anyone else, whom they were clapping for-but it was all for me. It took several moments like that, to bring back that young boy in me, who used to think that he could conquer the world."

"The young boy who used to make sure that everyone around him was smiling & entertained. The young boy who didn't let failures dim his dreams & overpower his need for victory. So even though I've come this far... this young boy has a long way to go."

(Editor's note: Excerpts from Humans of Bombay reproduced as it is) 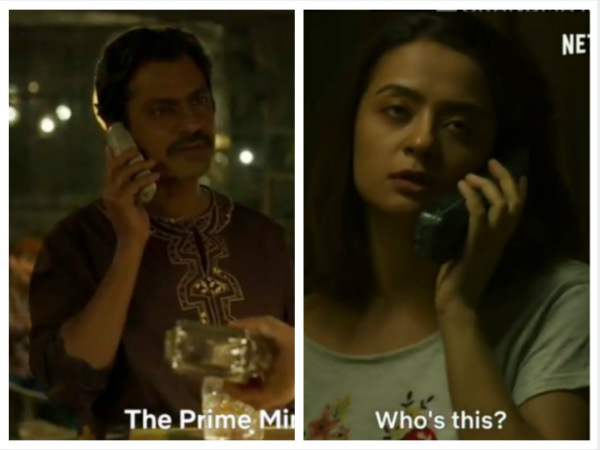