The War of Talent is a unique theatrical reality show and is about to set a milestone in reality history. It is now streaming on YouTube with a vision to let it reach out effortlessly to every person who appreciates talent.

It's a new age platform where, for the first time, singers, actors and dancers will perform on the same stage without any retakes; that means a short movie will be performed live with all original content.

The auditions were conducted all over India and amongst 10,000 auditionees, the top 150 were allowed to perform on the show. The show has 36 episodes in the first season, which has 36 fresh stories and 45 original songs for participants to showcase their original talent.

The show is created and directed by the popular and talented twins from Bollywood - Parag and Prayas Chaudhary. It is produced by Rohit and Sohit Maithil along with Asif and Danish Patel.

The show is judged by Ismail Darbar (legendary music director, who scored music for films like Devdas and Hum Dil De Chuke Sanam), Mugdha Veira Godse (model and Bollywood actress) and Salman Yusuff Khan (leading dancer and Bollywood choreographer, winner of Dance India Dance Season 1 and Jhalak Dikhla Ja). It is hosted by Rahul Dev (famous Bollywood actor, who has done more than 150 movies). Irshad Dalal and Ajay Chauhan are the scriptwriters of the show.

The show is creating a good buzz in the entertainment industry and Bollywood celebrities like Remo D'Souza have also been seen supporting and speaking about The War of Talent. 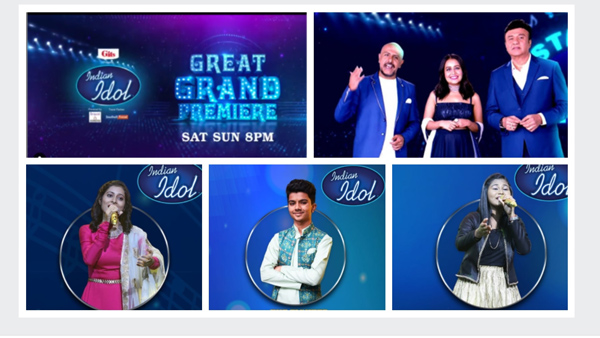