After a huge demand to revive popular 90s shows poured in on social media, Doordarshan announced the re-run of iconic shows - Ramayan and Mahabharat. Now, DD National tweeted that Shah Rukh Khan's show Circus and Rajit Kapur's Byomkesh Bakshi will also be re-run. Apparently, Chanakya and Upanishad Ganga will also be telecast on DD Bharati. The official was quoted by ThePrint as saying, "The scheduling of all other shows is being planned across DD National and DD Bharati. We are mindful of timings and important news breaks on DD News and DD India."

Rajit Kapur’s Byomkesh Bakshi At 11 AM

DD National tweeted, "MUST WATCH - #RajitKapur in a role with which he will be associated forever! Detective show #ByomkeshBakshi from 28th March at 11 am only on @DDNational."

As soon as Mahabharat and Ramayan were aired on Doordarshan, fans got nostalgic and took to Twitter to trend the channel and shows. While a few feel Doordarshan's TRPs will shoot, many of them trolled Netflix and other OTT platforms (as their viewership might go down). Take a look at a few tweets!

"Remembered waching Ramayana with whole family and neighbours who didn't have TV also used to gather. TV room used to get full. Never seen such excitement for any serial those days. #Nostalgic #Ramayan #Doordarshan."

Bhuvan Chopra: What a nostalgic moment. still its the best on any channel...may be in the times of Netflix nd amazon dd gains the lead again #Mahabharata.

"With #Ramayana #Mahabharata #Circus on #DDNational: #Netflix #AmazonPrime n #Hotstar not able able to understand why viewership is going down in india during lock down."

"If @DDNational starts broadcasting it's old serials along with #Ramayan #Mahabharata #ByomkeshBakshi #Circus ,it'll surely heat all the existing channels in trp as these were the best serials ever made which highlighted the common man's lives and problems." 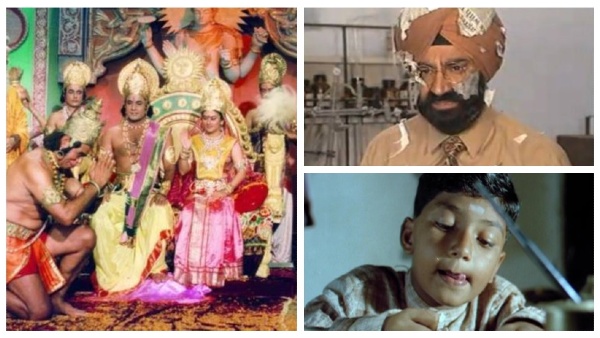