Suchitra Pillai is one of the most talented actresses in the entertainment industry. From theatres, television shows to films and web series, Suchitra has entertained her fans with varied roles in all the platforms. In an exclusive interview with FilmiBeat, the actress spoke about her recent show Bebaakee, her role and her future plan. She has a lot of projects lined-up and said that we will get to see a lot from her. The actress also thanked fans for their love. Excerpts from the interview with Suchitra Pillai.

What made you take up Bebaakee?

I have worked with ALTBalaji before on two projects, Romil and Jugal and Kehne Ko Humsafar Hain for three years. So, when Ekta came to me with this character (Dana), which was totally different from the others, it got me excited. And the fact that it was fantastic cast; the whole concept of these two families living together and what happens between clash of personalities and also, I was the negative person of the whole thing. This is what made me take it up!

Tell us about your character in the show.

My character in the show Dana is a strong-willed woman. She is married to Farhad, who is older of the two friends, who live in a big mansion and own digital company. Dana is very much into money and intends to keep the money within the family that is her main aim, which is why she hates it as the money is all getting distributed between the friends. She also sees that Sufiyaan is the favoured one by most of the family, which is why she wants to put Imtiaz in there, who is her favourite son and wants him to get accolades and praise etc. In love, she wants Imtiaz to be happy. She is a tigress when it comes to her kids, but is a quite manipulative woman otherwise when it comes to wealth.

How was it shooting in Shimla?

Shimla was fabulous. I have never been to Shimla before so it was really wonderful to get there and once, we got there it was snowing so it added to the beauty of it. We stayed in a wonderful hotel. All of us got along really well and after shooting we would hang out altogether. We shot at beautiful locations and it was so nice to see pahadi type of living. I loved the food and the ambiance of the place. I did some winter shooting as well.

How was your experience working with the Bebaakee cast?

My experience working with Bebaakee cast has been fab. Except Sameer Malhotra, I had not met any others before this show. But from day one onwards, we got along like house on fire. I am quite a clown when I am on set, that kind of helps as I am the one jumping around and making jokes and having fun on sets and loosening up everybody. What's nice is everyone gels well and there is no tu-tu-mein-mein happening on the sets.

The young lot is fabulous - the boys and Shiv Jyoti are really good and Indraneil (who plays Shiv Jyoti's father) is hilarious when you hang out with him. It was absolute pleasure working with Ananya Khare and Kritika Desai; they are fantastic actresses. Of course, Mohit Chauhan, who plays my husband in the show, he is very amusing on set.

Kushal (Tandon) is a great guy and fun on set to work with. But only thing I don't like about him is that he puts AC very high on the sets (laughs). Karan (Jotwani) is fabulous, he is a Virgo like me, which is why we have same mindset and get along extremely well. I'm definitely an ammi figure in his life now, even off-set.

What does 'Bebaakee' mean to you?

What Bebakee means for me is who doesn't give a da*n and somebody who goes for whatever they want without thinking twice, who just sets a goal and destination and gets to it, no matter how, whether it's in love or work or success in whatever angle of life. I think, being Bebakee for me, is going over the top when it comes to emotion. In my life, Bebakee is probably the love I feel for my friends and family.


You have been a part of films, TV shows and web series, which are quite popular. How do you select scripts?

Yes, I have been lucky to work in all sorts of media - films, theatre, TV and web series. What helps me select my roles is that the fact that they (makers) come to me with roles that define Suchitra, which define whatever character that I'm playing and it's nice when it is not similar to the one that I have played before.

In TV series, the typecasting might have happened a little, bit but in the web, all roles that I have done are totally different. In Romil and Jugal, I was south Indian traditional mom; in Kehne Ko Humsafar Hain, I played three-times divorced Sheena, who is a complete mufat person; in Bebaakee, I'm playing Dana, who is high-class rich society woman and is quite manipulative; in Betaal, I played a commandant of task force; and in Masaba Masaba, I played Neena Gupta's best friend, completely fun-loving woman called Mohini.

So, all the characters that I have been given in web space have been different that's what I like about it. The fact that it is small role or big role, it doesn't affect me, I choose the script in accordance to how well-defined my role is.

Films, TV shows or web series - which one do you prefer and why?

They are all completely different. Web series is great because it is finite sometimes and you know that you will finish off a certain project and you can plan work for the future. But TV shows tend to get very hectic, as you work for 20-25 days a month, which is not the case in web series most of the time. The sad bit of the films is the fact that it sometime takes very long to complete and there is a lot of waiting around when it comes to a film set. What I like to see myself most in frankly is theatre. I love being on stage live in front of people. But from the choices that are mentioned, I would like to say - film. Who doesn't like to see themselves on a 70mm screen? Everyone loves that, but web is definitely my close second.


Tell us about your upcoming projects.

I'm in talks at the moment with some OTT platforms regarding the new work that's happening and also in talks for a film. I haven't started shooting for them yet. My second music album that's in English, rock album that is called The History For Rock and Roll is ready for release and I'm waiting to shoot a couple of more videos. I am looking forward to do more music shows, as music and singing is my passion that I have been doing for a while. I also sing in the project called the Diva project with Manasi Scott and also sing solo with my band. I am also doing audio books, dubbing for English films to Hindi - I have been working for a lot of international actresses - their voices being dubbed in Hindi versions of movies - most recently, Maya Rudolph in Hubie Halloween and Meryl Streep in Mary Poppins 2, and quite a few of those.

Any message for your fans?

I am so thankful that you all watch whatever that I'm doing and got me to where I'm today. I will always maintain it as whatever I'm is because of you. Thank you so much for following my career for the last 25 years in the industry and being there to lift me up, even when if it's been a small role that I have done in a movie or in TV shows. In an insecure business like ours, it is great to have people who respect what you do and if you make a little bit of difference in their lives by the work you do, then your job has been done. I may have turned 50 in August, but there is a lot to look forward to for me, I know that I'm not going to be stopping anytime soon. So, you will see a lot from Suchitra Pillai and I hope all of you will continue to be around!

Any message for aspiring actors? 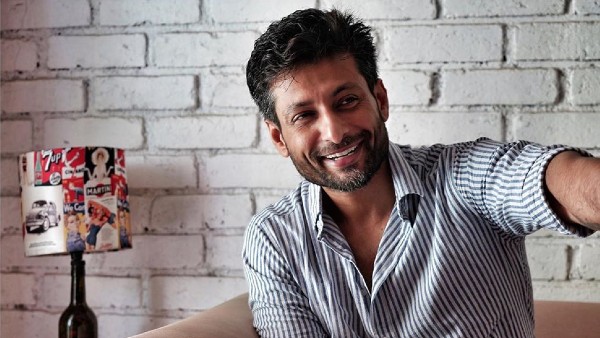 Also Read: Exclusive Interview! The Gone Game's Indraneil Sengupta Reveals Why We Should Watch The Show