Doordarshan's mythological show, Mahabharat has been keeping the viewers glued to their television during the lockdown. The show has been trending ever since it was re-run. Recently, the show grabbed the headlines for an apparent goof-up, in which a cooler was spotted behind Bhishma Pitamah (played by Mukesh Khanna) in a scene. Twitter had a field day with the goof-up and a few netizens even compared it to Game Of Thrones' cup goof-up. Take a look at a few tweets/memes.

One of the users (@BeingKushSharma) shared the picture and highlighted the cooler behind the Bhishma Pitamah and captioned it as, "Bhishma Pitamah using Air Cooler 😂 Oh bhai maro mujhe maro."

Another user, @SurajitTweet wrote, "Starbucks cup in GOT is nothing as compared to the cooler for Bhisma Pitamaha in #Mahabharat 🙏🏻."

The Beard Guy, captioned the picture as, "Bhishma Pitamaha using cooler is a proof that #Mahabharata was way ahead of its time. 😂"

Soni shared a picture from GoT and captioned it as, "Bhishma did it way before GOT. #Mahabharat #GameofThrones."

Deepankar Sadekar wrote, "Its so hot that even Bhishma Pitamahah is feeling the heat. What better than an air cooler behind his throne LOL.. #MahabharatOnDDBharti @DDNational @RetroDD."

It’s Not A Cooler But A Pillar’s Design

While many called it a goof-up, a few of them corrected that it is a pillar by sharing pictures. @rohit419328692 shared the picture of the pillar and wrote, "That's not a cooler but the designs on a pillar." Another user (@SagarSS7777) also shared a picture and wrote, "I don't think that cooler thats a khamba design."

I don't think that cooler thats a khamba design pic.twitter.com/6P4uJzP6Gp 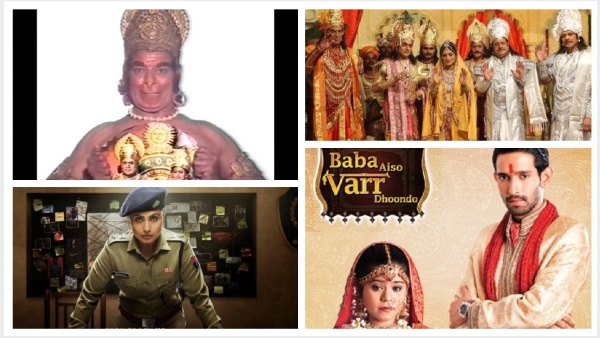