Doordarshan's decision to re-run Ramayan proved successful as the show broke records to become the most-viewed show. The lead actors of the iconic show, Dipika Chikhlia, Arun Govil, and Sunil Lahri have once again gained popularity whilst winning everyone’s hearts in the lockdown with their performances. In a recent interview with Pinkvilla, Dipika and Sunil have now shared some interesting details from the show and its maker, Ramanand Sagar.

Sunil, who played the role of Laxman revealed that he once questioned Sagar Ji about Sita's agnipareeksha sequence and the dhobi story which has caused many debates over the years.

He revealed, "In fact, I had a little discussion with Sagar Sahab about the agnipareeksha scene. I did come to Sagar Sir and asked him why this scene is there. Ram is a god and he must know that Sita is pure, so why this agnipareeksha? I asked him will this not give out a wrong message and he explained to me the purpose, what you see on screen as well. There was a little correction that took place while writing where Laxman get angry on Ram for the same."

Dipika went on to add about the showrunner’s legal troubles resulted in him staying away from the sets of Uttar Ramayan for a significant amount of time. "Papa ji (Sagar Sahab) had a lot of cases against him. Actually, the story about dhobi is not part of the original Ramayan, it is more of a folktale. Over the years, it has developed into a story. Papaji had a lot of cases against him. While we shot for Uttar Ramayan, he wasn't even there half the time because he was juggling between court and shoot. There was a lot of fury, there were scholars who did not accept this version," she said. 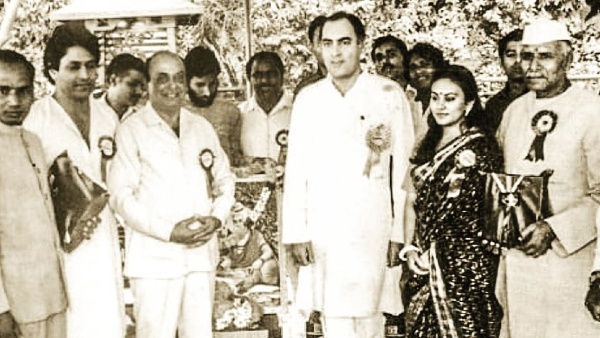