Yeh Rishta Kya Kehlata Hai had been one of the longest running shows on television. The lead actors of the show Shivangi Joshi and Mohsin Khan, who play the roles of Naira/Sirat and Kartik are fans' favourite and they lovingly call them Kaira (Kartik +Naira) or ShivIn (Shivangi+Mohsin). The show's ratings are not so good and the makers have been trying their best to get the show back to top 5 slot.

The makers killed Shivangi's character Naira and had introduced Sirat's track and then Karan Kundrra had entered the show. Although fans were upset with Naira's death, they had accepted the track, since Mohsin and Shivangi were in the show, and Sirat's track was linked to Kartik's. Although it worked sometime, TRPs have not been constant, which has concerned the makers. In a bid to get the ratings back, makers are apparently planning for generation leap. And there have been rumours that Moshin do not want to play older character and plans to quit. This hasn't gone down well with fans.


Now, fans are extremely upset that their favourite character Kartik might exit the show, who is one of the reasons for them to watch the show. They took to social media to express disappointment. Since they do not want to see Shivangi be paired with someone else on the show, so they want Shivangi also to quit the show. There are rumours that Shivangi also do not want to play older role and is planning to quit. #NoShivinNoYRKKH has been trending on Twitter. Take a look at a few tweets.

Shivin_universe: #noshivinnoyrkkh. They r the jaan of yrkkh , souls of yrkkh. It will be the worst decision you'll take DKP. You don't deserve them at all. Shivin are gems ❤.


Ju: The journey that started together 5 years back, please end it together. Mohsin and Shivangi made Kaira iconic. It's nothing without either of you! SHIVANGI QUIT YRKKH WITH MOHSIN #NoShivinNoYrkkh.


Riya: #NoShivinNoYrkkh goes without saying @StarPlus & I believe you know as well. Work on fresh faces at least that could ensure freshness at least. 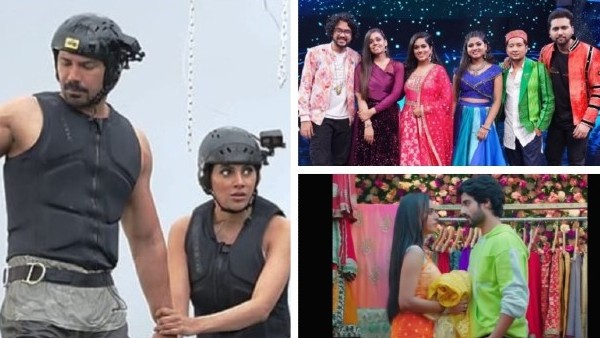 @nonab98: I want them to be remembered as the most iconic jodi of ITV because that's what they are. Started it together, let's end it together. SHIVANGI QUIT YRKKH WITH MOHSIN. #NoShivinNoYRKKH.