YouTube has become the second most popular place to find anything after Google. It has emerged as the best platform to explore different ideas and subjects at length. There are many who have stolen the show with their chosen niche areas with their effective videos making them viral on the web. One such name of the YouTuber bandwagon is the Pune based teenager known as Sumit Mallabade. With the evolving global gaming industry, Sumit remains on the top in the online gaming world. We have seen the industry growing in a big way and as per an estimate, the rate of growth of 50 percent. 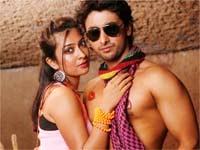 As we see the industry growing to leaps and bounds, people in this domain seem to have gained a good buzz around. People gaining recognition in this domain remain competitive and have stolen the show in the world. One such name is Sumit. He is the one who interacts with game lovers and enthusiasts and helps them groom their gaming skills. He has witnessed a good buzz around making everyone impressed with his gaming skills. In fact, he has reached to the next level where he is representing his country in different domains.

He has been a revelation to India. He has emerged as a unique kind of influencer on social media for game lovers in the country. He has represented his nation all across the world. He remains popular on social networking sites like Instagram and YouTube. he remains the first Indian Clash YouTuber to reach around 500,700K subscribers. Then he emerged the first Indian YouTuber to bag the Developer access from the group called Supercell Company which itself is a significant achievement. His videos have been always viral, breaking the previous records. He caters authentic content to his audience in a big way. With his achievements, he defies other celebrities on YouTube with great ease.