Neerja director Ram Madhvani has been on cloud nine lately. Not only did the ad-man launch his own production banner Ram Madhvani Films, but he also released his first web-series Aarya. The show has been receiving major appreciation from all corners of the world, so much so that the audience is already buzzing with excitement for the announcement of season 2.

While the actors impressed everyone with their stellar performances and versatility, the aesthetics designed by the Costumes and Art team definitely stole several hearts. Talking about the collective efforts in planning Aarya’s overall aesthetic, director Ram Madhvani shared, “Sandeep Modi, Vinod Rawat as and I as Co-Directors did a lot of research and conducted endless discussions with our DOP, Harshvir Oberai the Director of Photography, and Theia Tekchandaney the Costume Designer along with Anna Ipe the Production Designer, to create an atmosphere suitable for all our characters. We specifically designed the dark tones and the urban yet rooted environment so that our audience could relate to Aarya’s family on a personal level.”

Theia Tekchandaney revealed that creating costumes for each and every character was a tough job. She said, “We had to delve deep into every character's backstory to create an environment suitable for them. Every character’s upbringing, their personalities and special attributes heavily influenced what clothes they would wear, what their homes would look like, what are the things will they own, and their character aesthetics.”

Talking about how he worked closely with the design team on the mood of the lighting and tonality, Harshvir Oberai shares, “Since we had decided to shoot the series with 'no film lights’ techniques, we had to also accordingly plan, which kind of lamps and light fixtures should be used in a particular scene along with the set colours with Anna Ipe. We had to also closely work with the costume designer Theia Tekchandaney so that the colour palette that the team had chosen wouldn’t clash on-screen with the locations and sets.” And we must say, that this intricate detailing of every aspect of the show has definitely paid off for the team.

The 9-episode series is produced by Ram Madhvani Films with and Endemol Shine with Amita Madhvani as a co-producer. Aarya is now streaming on Disney+ Hotstar VIP 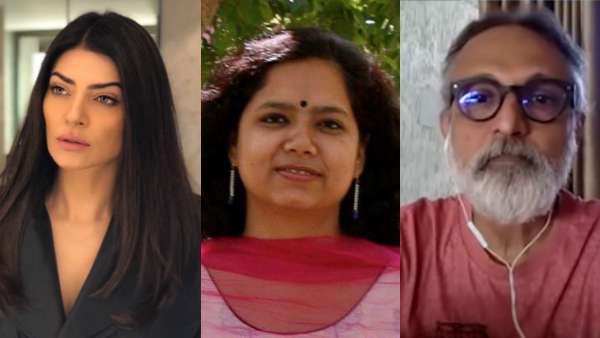