It is no secret that 2018 was a splendid year for Mahesh Babu. Tollywood's resident 'Prince' became the talk of the town for all the right reasons when Bharat Ane Nenu opened to a thunderous response at the box office and received rave reviews from all quarters. The film featured him in the role of a chief Minister and full justice to his mass hero image.

At present, Mahesh Babu is in the limelight due to Maharshi which hit screens on May 9, 2019 and opened to a phenomenal response at the box office. 5 days after its release, the film is still going strong at the ticket window. Here is the full report.

According to reports, Maharshi had a solid Day 5 at the AP-TS box office despite showing a slight drop in collections. While the exact figures are not out yet, they are likely to be pretty good as the advance bookings were pretty good.

The WOM Is Average

Most movie buffs seem to be of the opinion that Maharshi is a reasonably compelling movie that features a solid performance from Mahesh Babu but suffers due to a dull screenplay and predictable plot. As such, the WOM is not as healthy as it could have been which might create a problem for Maharshi over the weekdays.

Mahesh Babu's popularity is likely to help Maharshi stay fairly stable over the weekdays and put up good numbers. ABCD is slated to release this week, however, it might not affect Maharshi as it belongs to a different genre. All in all, Mahesh mania is truly upon us. 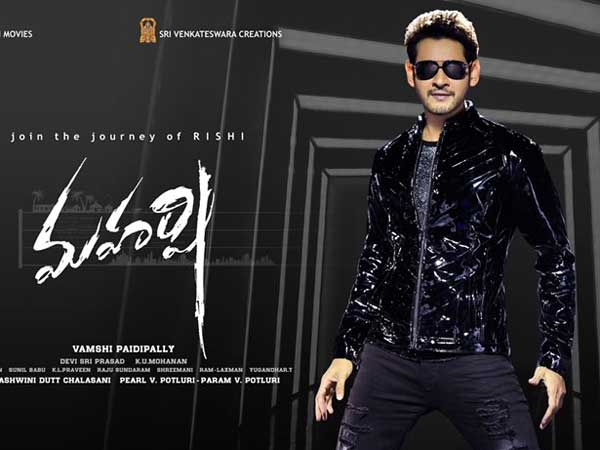