Rakul Preet is arguably one of the most sought-after and talented young stars in the Telugu film industry today. A stunning diva in the truest sense, the bold and outspoken actress enjoys an enviable fan following thanks to her smart looks, bindass nature, gripping performances and glam image. During her reasonably successful career, the Punjabi lady has acted in quite a few successful movies which has helped her become a force to be reckoned with. Now, here is some shocking news for her fans.

Rakul Has A Wardrobe Malfunction?

Recently, a few social media handles shared a couple of bold photos of Rakul Preet and claimed that she had suffered a wardrobe malfunction during an event. Needless to say, these shocking claims grabbed plenty of attention and upset her well-wishers big time.

Now, the truth behind her bold clicks has been revealed. The viral photos are from the recently-released Vaddi Sharaban number from her upcoming Bollywood movie De De Pyaar De which features her in a hot new avatar. A few miscreants reportedly morphed the photos to create a cock and bull story about her suffering wardrobe malfunction. Needless to say, this is a shameful act which can't be accepted under any circumstances.

Will Rakul Strike Gold In Bollywood?

Last year, Rakul re-entered Bollywood with Aiyaary and tried adding a new dimension to her career. Sadly, the spy-thriller failed to impress fans and proved to be a complete disaster. The buzz is that De De Pyaar De, which features RRR actor and Bollywood veteran Ajay Devgn in the lead, has the potential to help her make it big in Bollywood.

NGK Is On The Cards?

The year 2019 started on a terrible note for Rakul as her much-hyped Dev, marking her second collaboration with Karthi, flopped big time and failed to impress critics. At present, she is awaiting the release of NGK which features Suriya in the lead. Needless to say, it is a crucial release for her and has the potential to make or break her career. 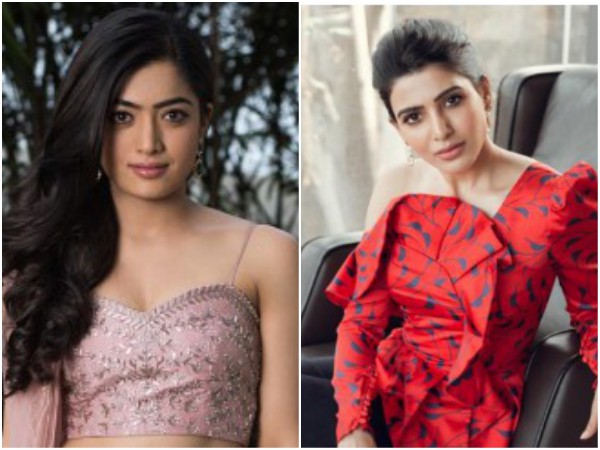 Not Rashmika Mandanna Or Samantha, But This Actress Is At The No.1 Spot!