As Sooraj Barjatya's Hum Saath Saath Hain completes 21 years today (November 5, 2020), we dug up some unknown facts about the film, which will surely leave you amused. Hum Saath Saath Hain is one of the most iconic films of the Hindi film industry. The film features Salman Khan, Sonali Bendre, Saif Ali Khan, Karisma Kapoor, Tabu and Mohnish Bahl in the lead roles. We're sure all 90s kids have grown up watching this film with their families. Having said that, did you know that actresses like Madhuri Dixit Nene and Raveena Tandon were approached by the filmmaker, but they rejected the film?

Reportedly, Madhuri was approached for the role of the eldest bhabhi. However, Madhuri rejected it because she was not keen on being cast opposite Mohnish Bahl and playing Salman and Saif Ali Khan's bhabhi, as the duo had earlier played her romantic interest in films like Hum Aapke Hain Koun..! and Aarzoo respectively. Later, Tabu came on board and left the audiences mighty impressed with her sincere act.

Raveena, on the other hand, was the first choice for Salman Khan's romantic interest in the film, but the actress felt that a multi-starrer film won't be good for her career. Her decision to reject the film worked in favour of Sonali Bendre, and her piping hot chemistry with Salman became one of the highlights of the film.

Did you know how Saif Ali Khan bagged his role? While speaking to Rediff, the actor had revealed, "I got a phone call from the Rajshris saying that Sooraj Barjatya would like to meet me. So I went over, he narrated the script and asked if I would be interested in doing the film. And I said, 'yes.'"

He further added, "I think he had seen some of my earlier work and I was told that he was apparently thinking of casting me because I happen to suit his idea of a young, romantic lead. It is the role of a boy who is somewhat protected."

Made on a budget of Rs 17 crore, Hum Saath Saath Hain minted Rs 82 crore at the box office. 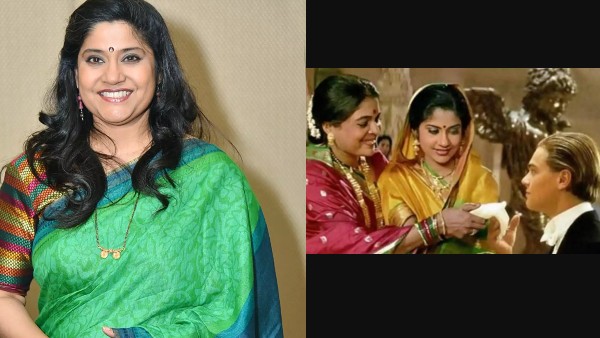 Renuka Shahane Remembers Reema Lagoo With HAHK Meme; Says 'She Would Have Loved This'