Reportedly, the first collaboration of Varun Dhawan and Janhvi Kapoor, Mr Lele, which was supposed to be helmed by Shashank Khaitan, is put on hold owing to the date issues of the lead cast.

A source close to the project tells Mid-day, "It was getting increasingly impossible to get combination dates of the two actors. In the next few weeks, Varun will get busy with Sriram Raghavan's biopic on Arun Khetrapal. On her part, Janhvi will kick off promotions for Gunjan Saxena: The Kargil Girl later this month, followed by a long schedule of Karan Johar's period drama, Takht."

The source further added, "The two actors had gone to Khaitan's residence last week to find a way out, but the conversation came to naught. The film could be revived at a later point, but it has been called off for the time being."

On a related note, Varun has recently wrapped up the shoot of his forthcoming film, Coolie No. 1, in which he will be seen sharing screen space with Sara Ali Khan for the first time. The film is helmed by Varun's dad, David Dhawan and is slated to hit the theatres on May 1, 2020. 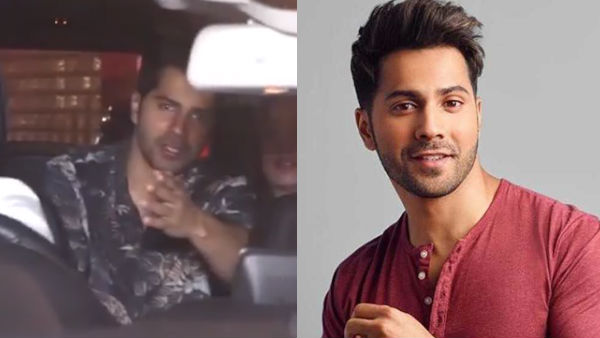 Varun was last seen in Street Dancer 3D, which was helmed by Remo D'Souza and the film also cast Shraddha Kapoor and Nora Fatehi in the lead roles. However, the film failed to woo the audience. Made on a budhet of ₹70 crore, the film earned ₹95 crore at the box office.

It would be interesting to see if Varun manages to woo his fans with Coolie No.1.