Kangana Ranaut's much talked about film, Panga, dropped its first trailer at a grand event in Mumbai on Monday evening. It looks like Ashwini Iyer Tiwari is back with yet another promising film after Nil Battey Sannata and Bareilly Ki Barfi. Panga is a sports drama film with a powerful story of a mother's comeback as a kabaddi player after many years.

In the three minute trailer, Kangana is introduced as Jaya, who is many things packed into one, like many women. Jaya is a wife, a mother, a daughter, an employee, and she is also a former Kabaddi champion. She seems happy while living out her routine, everyday life with her family, but a chance meeting with a bunch of Kabaddi players at a railway station stirs something in her.

Jaya wants to return to the sport, and she has all the support from her husband Prashant (played by Jassi Gill), and her adorable, witty son Adi (played by Yagya Bhasin). Jaya starts preparing for her comeback. She is super focused about her goal as she says, "Panga lena hai," to her friend Meenu (Richa Chadha) when she playfully taunts her.

Watch the trailer of Panga here -

Director Ashwini Iyer Tiwari had released the first posters of Panga over the weekend, which had caught many fans' attention. Posting them on Instagram, she had written, "Jo sapne dekhte hain woh panga lete hain. Inki family ki kahani hum sab se judi hai (Those who dare to dream, dare to take challenged. The story of this family is connected to each one of us)."

Earlier today, Kangana distributed railway tickets at the VT Railway station in Mumbai, as part of the film's promotions. Panga is produced by Fox Star Studios. 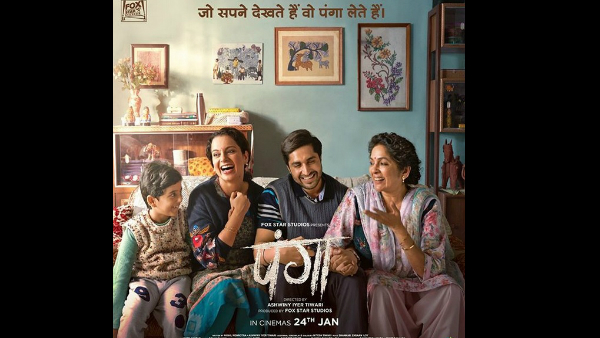 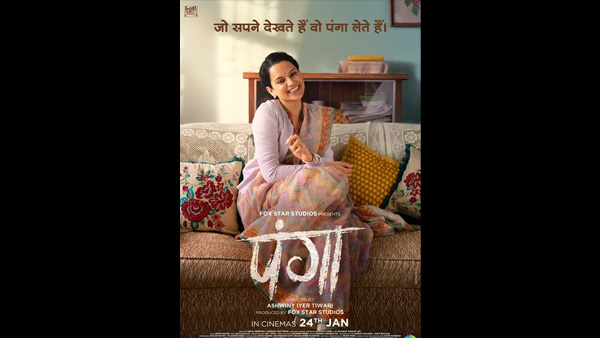 ALSO READ: Panga First Look Poster: Kangana Ranaut Is All Smiles As She Sets Out To Fulfill Her Dream