Ranveer Singh was snapped out and about in the city looking quirky as always true to his style. Sunny Leone was snapped at an event in Mumbai city on Tuesday afternoon and she looked very pretty. Janhvi Kapoor hit the gym as usual on Tuesday afternoon and she too got clicked by the paparazzi. Ananya Pandey decided to indulge herself in a little nail spa time and was snapped post that by the paparazzi. Check out these pictures of the celebs!

Ranveer was out and about in the city when the paps caught a glimpse of him on Tuesday afternoon. True to his style, Ranveer was dressed quirky, wearing a purple sweatshirt, a hat and a snazzy pair of sunglasses. After the fantastic success of Gully Boy, Ranveer is now filming for his next film '83, a biopic on former Indian cricket team captain Kapil Dev. He recently won the Filmfare award for Best Actor (critics' choice) for his performance in Padmaavat.

Sunny Leone Poses For Cameras At An Event

Sunny Leone was at an event in the city on Tuesday afternoon when the paps snapped her. Sunny looked pretty in a red and black dress with polka dots, which she teamed with a pair of black ankle boots.

Janhvi Kapoor is a fitness freak and we know this by now because she is snapped hitting the gym almost every day by the paparazzi. On Tuesday, Janhvi was heading in for her work out session as usual and she was clicked by the shutterbugs. Janhvi sported a black and lime green tank top with black shorts, and silver kolhapuri chappals for her Tuesday gym look.

Bolywood newbie Ananya Pandey was snapped post a nail spa session in the city on Tuesday evening. Ananya smiled for the cameras sporting a casual look. She was wearing a maroon sweatshirt with frayed denim shorts. She teamed this with a pair of flip flops and a Louis Vuitton hand bag. Ananya is yet to make her big Bollywood debut in Student of the Year 2, starring alongside Tiger Shroff and another newbie, Tara Sutaria. 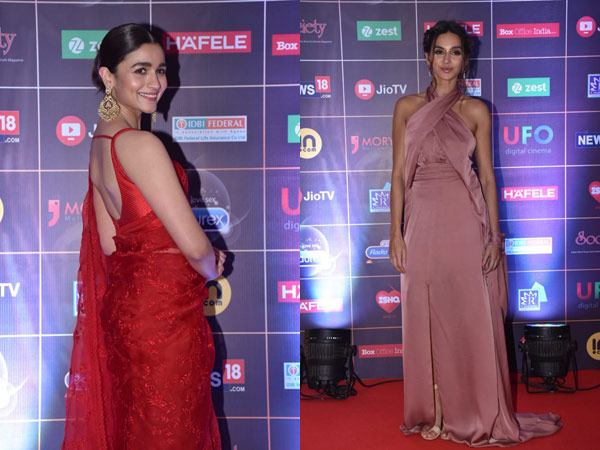