Despite belonging to a royal lineage, Saif Ali Khan had to face some ups and downs in life where he had to fight to take back his royalty. Recently in an interview, the 'Lal Kaptaan' actor revealed that he had to earn back his Pataudi Palace after it was rented to a hotel chain post the death of his father Mansur Ali Khan Pataudi.

Speaking about it in a Mid-day interview, the 'Nawab' of Bollywood said, "People have a certain fixed notion. For that matter, even [with] Pataudi [palace], when my father [Mansur Ali Khan Pataudi] died, it got rented to Neemrana Hotels. Aman [Nath] and Francis [Wacziarg] used to run [the hotel]. Francis passed away. He'd said that if I wanted [the palace] back, I could let him know. I said: 'I want it back'. They held a conference, and said, 'okay, you have to give us lots of money!' Which I then consequently earned."

He further added, "So, even the house I'm supposed to have inherited has been earned back through money from films. You can't live off the past. At least we can't in our family, because there was nothing. There is history, culture, beautiful photographs; and, of course, some land. It has been a privileged upbringing. But there's been no inheritance."

Saif also opened up about his childhood days and revealed, "I was born and even raised in Bombay. My father lived with my mother in her [Carmichael Road] flat... He had just finished playing cricket. His last Test series was when I was four/five. My mother [actor Sharmila Tagore] says he was bunking his responsibilities. His mother was looking after things in Bhopal and Pataudi. She'd got old. So we moved to Delhi to live with her."

On the film front, the actor was last seen in Navdeep Singh's 'Lal Kaptaan' which flopped at the box office. His next is Ajay Devgn starrer 'Taanhaji: The Unsung Warrior' where he essays the role of the main antagonist. Besides this, he is also a part of 'Jawaani Jaaneman' which stars Tabu and marks the Bollywood debut of Pooja Bedi's daughter Aliaf F. 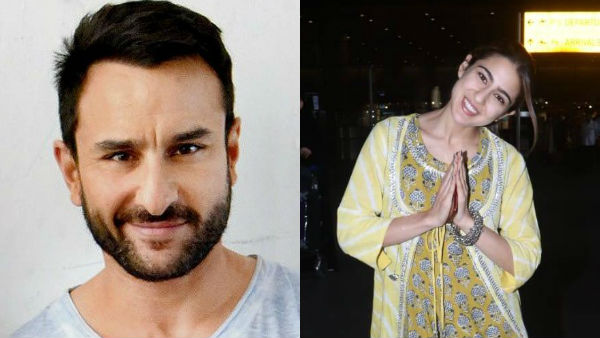 Saif Ali Khan On Which Quality Of Sara Ali Khan He Likes The Most: Her Humility; We Agree!