Within no time, Alia Bhatt has proved herself to be one of the greatest actors of her generation. Cinephiles are thrilled to watch Alia on the screen, but not many would know that her decision to be an actor was made at the young age of eight. In a video which is doing the rounds on the Internet, a young Alia Bhatt can be seen proclaiming that she wants to be part of the film industry as an actor. Take a look!

Alia Bhatt had made an appearance on the show Jeena Isi Ka Naam Hai with her father Mahesh Bhatt, mother Soni Razdan, and sisters Pooja Bhatt and Shaheen Bhatt. In the viral video clip from the show, when Alia and Shaheen are introduced on stage by their sister Pooja, Mahesh Bhatt reveals, "Alia is aspiring to be an actress."

Regarding Shaheen, Pooja says, "I am sure she is not remotely interested in being an actress." To which Shaheen replies, "Not at all." Shaheen adds that she wants to be a writer.

When Alia Bhatt is asked by the host Suresh Oberoi what she wants to be when she grows up, she replies, "Main actress banungi." (I will be an actor.)

In the video, Soni Razdan and Mahesh Bhatt also discuss the filmmaker's alcoholic past. Talking about how he stopped drinking alcohol when Shaheen was born, Mahesh Bhatt says, "I picked her in my arms and she turned her face away due to the smell of alcohol coming from me. I couldn't bear this rejection and I pledged to never touch even a drop of alcohol. Today she's 13 years old and I haven't touched alcohol since 13 years - she saved me."

Alia Bhatt was last seen in the period drama Kalank in 2019. She has a number of movies lined up next, including Brahmastra, Gangubai Kathiawadi, Sadak 2, and Takht. 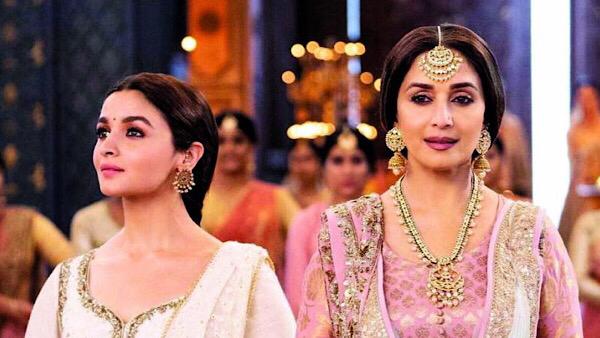