Trollers are always in the search of finding that 'one reason' to troll the celebrities! Sometimes it's celebrities' pictures, while sometimes it's their statements. So, why is Alia Bhatt being targeted by the trollers? Did she do anything wrong? We will tell you!

Alia Targeted By The Trollers

Last evening, Alia Bhatt was spotted outside Neetu Kapoor's house to attend the 13th day prayer meet of Rishi Kapoor, who breathed his last on April 30, 2020. The Kapoor & Sons actor was accompanied by her boyfriend, Ranbir Kapoor and was clicked inside his car, sitting next to Ranbir on the front seat.

Alia Wore the Mask Upside Down

In the pictures, Alia can be seen sporting a mask in order to keep herself safe from the Novel Coronavirus (COVID-19). However, the actress wore the mask upside down and it didn't go down well with many netizens. While some schooled Alia to wear a mask in the right way before stepping out of the house, some slammed the actress for not knowing how to wear a mask and showered ‘mean' comments on the actress.

Ranbir Also Faced The Wrath Of The Netizens

Apart from Alia, Ranbir Kapoor was also slammed by the netizens for not wearing any mask, and for setting wrong example for his fans by not taking any precaution against the Novel Coronavirus.

On a related note, both Alia and Ranbir are staying together owing to the ongoing nationwide lockdown. The duo is currently going through a rough phase as they have lost one of the closest family members of their lives. 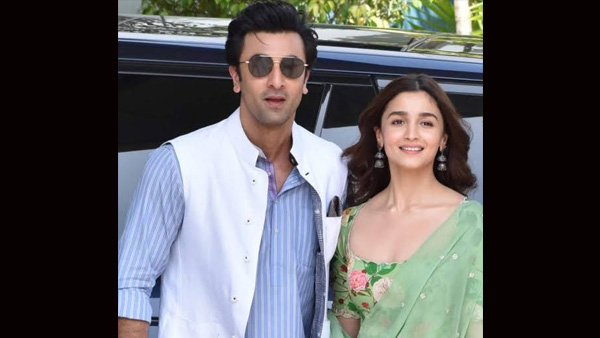 With respect to work, both Alia and Ranbir will next be seen in Ayan Mukerji's Brahmastra. The film also casts Amitabh Bachchan, Mouni Roy, Dimple Kapadia and Akkineni Nagarjuna in key roles.