Cinematographer PC Sreeram has stated that he had to reject a film which has Kangana Ranaut as the lead in it. Sharing that he felt 'uneasy' about working on the film, he said that the filmmakers understood his stand when he explained it.

Taking to his Twitter handle, Sreeram wrote, "Had to reject a film as it had Kangana Ranaut as the lead .Deep down i felt uneasy and explained my stand to the makers and they were understanding. Some times its only abt what feels right . Wishing them all the best."

It is not clear which film Sreeram is referring to as Kangana has two films in her kitty, which are yet to begin shoots: Tejas and Dhaakad.

It was recently announced that Tejas, a film on and Indian Air Force pilot, will go on floors in December 2020. There has been no word on Dhaakad, an action thriller, after its teaser was dropped in August 9, 2019.

Meanwhile, Kangana is in the midst of filming Thalaivi, a biographical film about Tamil Nadu's former Chief Minister J Jayalalitha. The shoot was halted due to the COVID-19 pandemic but it hasn't yet been announced when it will resume, now that film shoots are allowed to resume.

In the past few months following actor Sushant Singh Rajput's death, Kangana has made numerous factually incorrect and inconsistent statements, and has stirred up a storm against the Hindi film industry by resorting to derogatory name-calling of her fellow 'outsiders', and making allegations without backing them up with evidence. 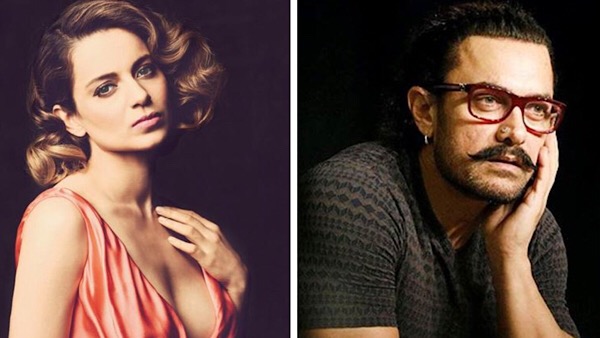