Shah Rukh Khan has always been producing and backing up quality cinema under his banner. Now, the actor is bringing the Sanjay Mishra and Deepak Dobriyal starrer Kaamyaab to the mainstream audience.

Talking more about Shah Rukh Khan backing up the film like Kaamyaab, Sanjay Mishra shares, "Neither I nor Manish Mundra (producer) had dreamt of having someone like him on board. A lot of other actors should step in to support small films. The budget of Kaamyaab is lower than the cost of vanity vans parked on the sets of big budget films".

"Shah Rukh lives in people's hearts and the level of energy he brings to the table is unrivaled", adds Sanjay Mishra.

Shah Rukh Khan has come on-board for Hardik Mehta's Kaamyaab as one of the producers. The film chronicles the struggles of actors who play supporting roles in the Hindi film industry, rather the journey of 'extra se extraordinary'. 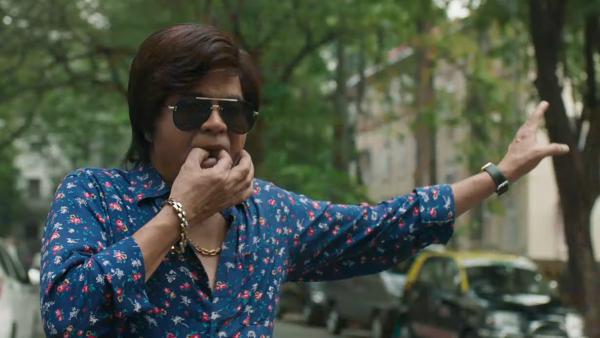 The trailer of Kaamyaab is already garnering all the appreciation for its impactful storyline that highlights the journey of character artists. Recently, the makers also shared a video where Sanjay Mishra, star of Hardik Mehta's upcoming directorial, brings to the fore the trials and tribulations an actor endures in his pursuit to find success.

Kaamyaab is produced by Manish Mundra's Drishyam Films, known its content-rich narrative and critically acclaimed films like Newton, Masaan, Ankhon Dekhi and many more. A sleeper hit, Newton was also India's official entry to the Oscars in 2018. The film stars Sanjay Mishra and Deepak Dobriyal, and releases in theatres across the country on 6th March.