In a recent tete-a-tete with a magazine, Kareena Kapoor Khan revealed whether she was a difficult girlfriend or an easy wife. She said, "Generally, I believe girlfriends are more difficult than wives. Girlfriends are insecure. You're constantly thinking what's happening? Is he talking to his heroine? Saif's a great husband and an extremely good father. When I met Saif, he was calmer with himself. The timing was right. We're a decade apart, yet he thinks way ahead of me."

Further speaking about Saif, she said, "I also love that he can switch off and talk about something else. He can watch a crime thriller called Miss Marple, which I guess no one would watch apart from us two. It's about a 60-year-old female sleuth. We have these commonalities, which we find solace in. That's what we've learnt from each other. To find solace in the smaller things."

Kareena also shared that Saif is extremely happy to spend more time at home with her and his family. The Jab We Met actress said that she and Saif don't moan about the situation and rather choose to stay positive. 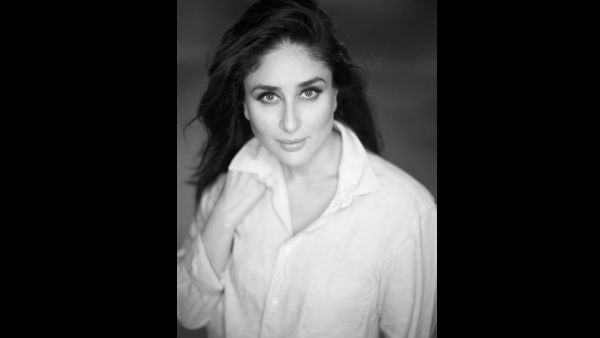 Kareena Kapoor Khan Loses Her Patience Over This Habit Of Taimur, Saif Ali Khan Gets Frazzled Too

"People are like '2020 is gone'. He says it's okay na. It's just a matter of a year. He's so calm and that has rubbed off on me also. He's also grown more emotional and empathetic. He shows it in different ways. Like, if I'm upset about something I read or heard, I'll just cry. Usually, he won't show it. But now his emotional quotient has increased by 50 per cent," added Kareena.

Recently, Kareena and Saif announced that they're expecting their second child after Taimur Ali Khan.