Ever since the debate on nepotism reignited on the internet, a few celebrities have become the target of angry netizens and Kareena Kapoor Khan is surely one of them. In fact, it was her recent statement on nepotism, which irked the netizens even more. She had said that it's the audiences who have made these star kids, a star. She had also said that if the audiences are so against the star kids, then they should stop watching their movies, as no one has forced them to do so.

Now, in her recent tete-a-tete with Anupama Chopra, Kareena shared her thoughts on nepotism yet again, and also reacted to Tamiur Ali Khan's name being dragged into the nepotism debate.

She said that she believes that everyone gets what they deserve in their lives and what is there in their destiny.

She added, "Yeh nahi hai ki Taimur Ali Khan is going to become the biggest star in this country. He's not. He's probably the most photographed child in this country, for whatever reason, I have no clue. I will also wish for my son that he be self-sufficient and self-reliant."

"I am like you do what you want to do in life. You want to be a chef somewhere, a pilot, whatever you want to do. I want him to fly and be happy in his life. And it's not necessary that because he has successful parents, he will be successful. His journey is going to start when he wants to start. He has to find his own path. His parents are not going to help him in whatever way," added the Veere Di Wedding actress. 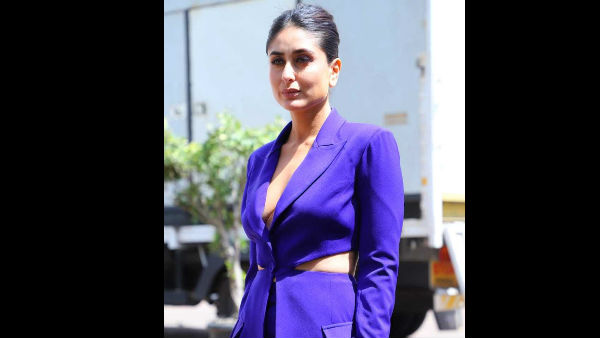 With respect to work, she was last seen in Good Newwz, and will next be seen in Aamir Khan's Laal Singh Chaddha and Karan Johar's Takht.