Bollywood's hottest actress Disha Patani has been the talk of the town ever since the trailer of Malang was released. The actress has shone through the trailer and the songs and now is all set to amaze fans with the upcoming song Hui Malang.

While filming for the song 'Hui Malang', Disha severely injured herself. The actress shared pictures of herself from rehearsals with her injured knees. She shared the picture with the caption, "The song felt more like an action than a song hope you guys enjoy it. ❤"

Disha worked with her Slow Motion choreographer, Vaibhavi Merchant, and the song is all set to be out today. Fans are extremely excited as all the songs have made it to the sureshot party hits this year.

From the looks of the trailer, Disha is truly a package of hotness, innocence and is literally the soul of Malang. Donning a bikini-clad avatar and looking every bit gorgeous in every frame, Disha is exuding boho vibes which makes her character very interesting. Her character in the film stays very undisclosed despite the many shades that we are seeing. 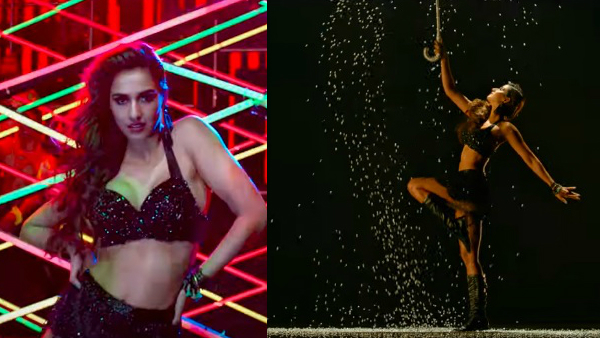