Dinesh Vijan produced Mimi starring Kriti Sanon was scheduled to hit the theatres in July. However, due to the COVID-19 pandemic and nationwide lockdown, the keenly awaited movie’s release has been postponed, confirms director Laxman Utekar.

Laxman told PTI, “We finished shooting on March 5 and were supposed to start editing from March 10 or 15. We edited for a few days and then this lockdown was announced. Edit work, music, post-production, and one introductory song left to be shot with Kriti. We have actors from the UK as part of the song and we won’t be able to shoot the song till the time the international flights are inactive.”

He went on to add, “We have shot almost the entire film with the actors from the UK, only a song is left. They are there in the whole film. We haven’t thought of any alternative. We will wait and see what happens. We can’t do it at home. It is a big song with several dancers. Once the lockdown is lifted we will follow preventive measures. We will do whatever is necessary for everyone's safety. But we won’t compromise on the quality of our remaining work.”

On being quizzed if the team was contemplating a digital release, the director replied, “No, not yet because the film is not ready. We don’t have a clear picture about when we will be able to shoot the song when the post-production will begin. The release date will be pushed for sure.”

For the unversed, Mimi is an official remake of Utekar’s award-winning 2011 Marathi film, Mala Aai Vhhaychy. It will also star Pankaj Tripathi, Manoj Pahwa, Supriya Pathak, and Sai Tamhankar in pivotal roles with Sanon portraying the titular role of a surrogate mother. 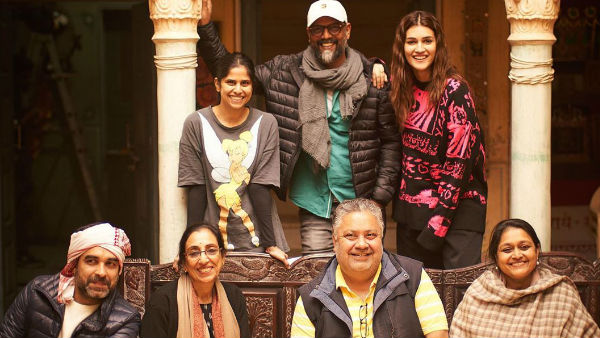