While calling out Ankita Lokhande's letter wherein she called Rhea Chakraborty 'careless and irresponsible', Shibani Dandekar wrote that Ankita is 'princess of patriarchy' who never addressed her own relationship issues with late actor Sushant Singh Rajput.

"Such a grotesque letter by @lokhandeankita This princess of patriarchy who has never dealt with her own relationship issues with sushant, clearly she wants her two seconds of fame and has capitalised on rhea being targeted. She has played a major role in this 'witch-hunt' and she needs to be called out! She also just needs to shut the hell up. Enough ankita! No one has more hate in their heart(?) than you," wrote Shibani Dandekar on Instagram.

Shibani's blunt post didn't go down well with many netizens and they called out Farhan Akhtar's girlfriend for her sharp jibe. Here's how they reacted to Shibani's post..

@s6shrishty: Is shibani ever be able to make it upto wherever she is now if she didn't have relation with farhan akhtar? Period🔥.

@nupur.tiwari123: Out of all the people @shibanidandekar is talking about 2 minutes of fame 🤣 A person who got famous by being someone's girlfriend 😂😂😂. 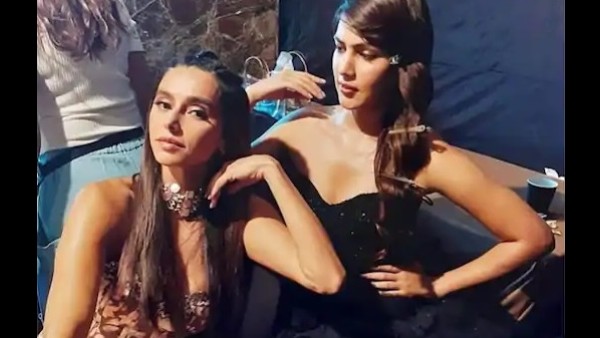 Sushant's Death Case: Shibani Dandekar Stands Up For Rhea Chakraborty; Asks 'What Was Her Crime'

@roysannoyee: @shibanidandekar trapping married successful men and speaking nonsense for a dead man can't get you your 2 mins of fame. Let your next movie...ooops you are too flop for a movie, let your side role in any series come, we will show you.

@notfinnalie: She's talking of fame, who knew her before the drug angle, Ankita has been with SSR since Pavitra Rishta days and she's famous since then. She's Farhan's gf, apart from that what do we know her for. Oh supporting her druggie friend who wasn't seen before the drug angle came up. She talks of patriarchy, where was her patriarchy when a gift dominated by men took down the property of a woman who's standing alone, they literally got selective feminism, they'll only speak about feminism if it suits their mission.

It is yet to be seen how Ankita would react to Shibani's jibe. On a related note, ever since Sushant breathed his last, Ankita has been supporting Sushant's family.