In 2018, Sara Ali Khan made a smashing debut with Abhishek Kapoor's Kedarnath opposite late actor Sushant Singh Rajput, and left the audience pretty impressed with her acting and confidence during media interviews. Sara never shied away from accepting the pros of nepotism, and always conveyed her gratitude to the audience for accepting her with wide arms.

Sara, who's on the cover page of Elle magazine's March edition, spoke to the magazine and revealed that despite being brilliant in academics, she never thought she will be a leading heroine in a Hindi film.

"Growing up, I was very academically driven, and while I always had a love for acting, I knew I wasn't going to be a leading heroine in a Hindi film. So, I told myself I'd do other stuff. But the emotions I felt while performing, feeling things I wouldn't ordinarily feel and making a group of people emote with me is what really excited me and pushed me towards acting," said the Simmba actress.

She also averred that when she was a kid, acting only meant dancing on 'Kaanta Laga', but when she became a teenager, she wanted to be 'Poo' from Kabhi Khushi Kabhie Gham.

Sara further said that people would expect that she would know things before her debut, because she is a star kid and comes from a filmi background, but on each set, she has learnt new things.

"On the sets of Kedarnath, I didn't even know that sometimes one shot has to be taken several times. I think that's when I truly realised what acting meant. The hard work, the dedication, all of it," said the Love Aaj Kal actress. 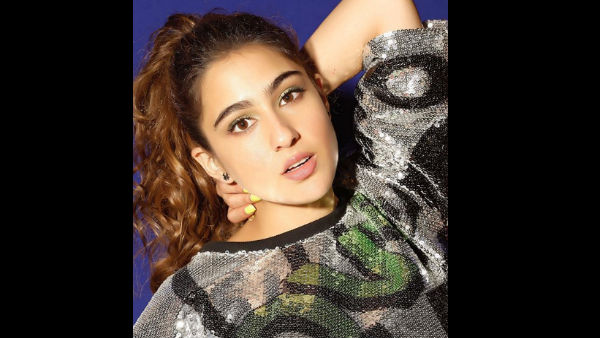