Priyanka Chopra never fails to take social media by storm with her posts. From giving fans a sneak-peek into her day-to-day activities to dropping major fashion goals, the actress always has her Instagram game on point. 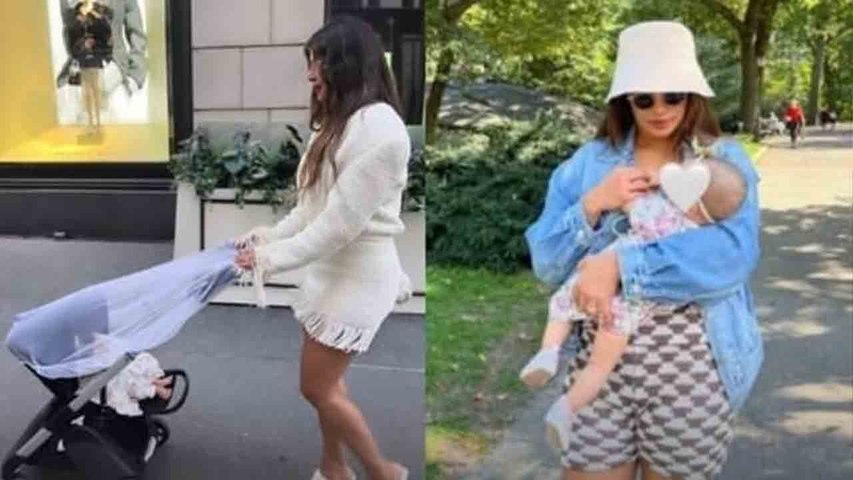 Recently, the Quantico star took out some time from her busy schedule to have a blast with her daughter Malti Marie Chopra Jonas at one of the world's most expensive shopping streets in New York.

PeeCee took to her Instagram stories to drop a picture of herself with her eight-month-old, as the mother-daughter duo went 'walkin' on New York's 5th Avenue. She captioned, "Just two girls walkin' 5th av."

Priyanka also visited Central Park with Malti Marie. The star shared a picture of their sunny stroll, and wrote, "It's a walk in the park..❤️." In this photo, one can see Malti Marie's tiny feet's peeking out of the stroller, which is covered with an insect netting.

On the other hand, the 'Desi Girl' looked stunning in a cozy-chic sweater dress which she paired up with jeans. In the picture, one can see glimpses of a Prada store in the background.

Meanwhile, the global icon recently spoke at the United Nations General Assembly as a UNICEF Goodwill Ambassador. She also made an appearance with her singer-husband Nick Jonas at the Global Citizen Festival.

Workwise, Priyanka will next be seen in the Russo Brothers' upcoming Amazon Prime web series Citadel. When it comes to Bollywood, the diva is also set to make her big screen comeback here with Jee Le Zaraa in which she is sharing screen space with Katrina Kaif and Alia Bhatt.