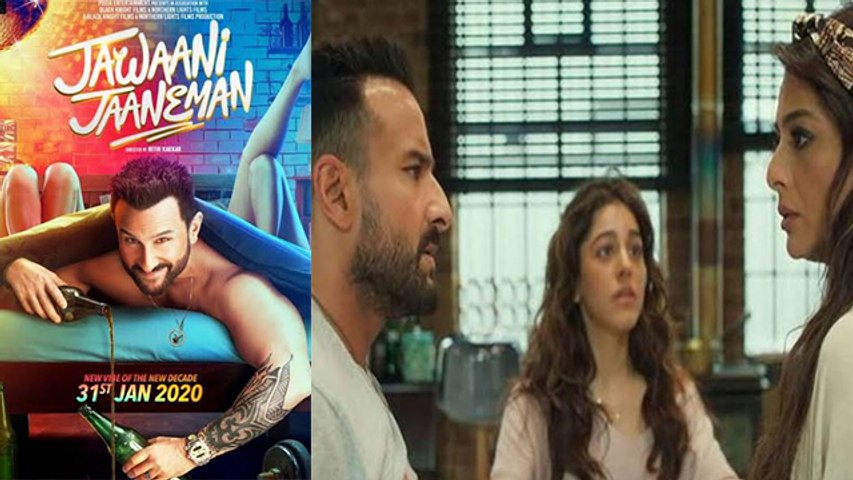 In one of the scenes in Jawaani Jaaneman, an emotional Jazz (Saif Ali Khan) takes his daughter's palm in his hand and confides in her that she's his first love. Director Nitin Kakkar beautifully captures this poignant moment which has the right amount of emotions to strike a chord with you.

What's Nay: The movie hits a rough patch when it tries to pack in a few sentimental moments.

Iconic Moment: When Tia (Alaya F) introduces her parents to each other, it makes up for a chucklesome scene.

Jaswinder Singh aka Jazz (Saif Ali Khan) is a 40-something man who believes in flying solo in life. On being quizzed by someone on his glorious single existence, he proudly exclaims, "Sher hoon main Sher...aur Sher tab tak raja hota hai..jab tak akela rehta hai."

A real-estate broker by day and a hard-core party animal by night, Jazz spends most of his time flirting with ladies and hooking up with them.

However, his uber cool lifestyle hits a road block when a young woman named Tia (Alaya F) claims to be his biological daughter from a fling which he had during his college years. While Jazz is hesitant to accept his paternity, things take an interesting turn when Tia is discovered to be pregnant with her ex-boyfriend Rohan's baby. The rest of the film revolves around how the father-daughter duo struggle to cope up with the new developments in their lives.

Director Nitin Kakkar, who last helmed Zaheer Iqbal-Pranutan Bahl's Notebook, presents a quirky take on father-daughter relationship in his latest outing Jawaani Jaaneman. The film's premise is interesting and it has got plenty of moments which make you laugh and cheer.

Having said that, Kakkar allows the film to brew at its own pace which slows down the narrative a bit. While the goofy portions are a complete riot, things go a bit off the track when the story-telling shows a hint of preachiness. Thankfully, the makers refrain from sprinkling the film with unnecessary melodrama.

Saif Ali Khan is back in his comfort zone. He oozes charm and exuberance but at the same time, also brings a certain vulnerability to his character. Right from his tight T-shirts with rock band logos to his red and white pinstriped bathrobe, the actor and his swag is on point. Saif seems to be having fun while playing the role of Jazz and the magic translates on the big screen as well.

Debutante Alaya F makes a confident debut and holds her own even when she is sharing screen space with seasoned actors like Saif Ali Khan and Tabu. The young girl looks promising and has got the spark and spunk to make a mark in the industry.

Even in her limited screen space, Tabu as a free-spirited bohemian junkie tickles your funny bone with her hilarious comebacks delivered with a straight face.

Kubbra Sait as a young divorcee looking out for some old school love, too packs a punch and has got some intriguing scenes with Saif in the film. Kumud Mishra and Chunky Panday plays their parts well.

'Ole Ole' and 'Gallan Kardi' are our hot favourite picks from the music album of the film. The rest two tracks, 'Badhu Tu Mera' and 'Mere Baabula' are a part of the story-telling.

Just like its name Jawaani Jaaneman, this Saif Ali Khan-Alaya F-Tabu starrer has a young vibe and its heart in the right place. Superlative performances coupled with some breezy entertainment give you enough reasons to go 'Ole Ole' over this coming-of-age family drama.

We give 3 stars out of 5 for Saif Ali Khan's Jawaani Jaaneman. 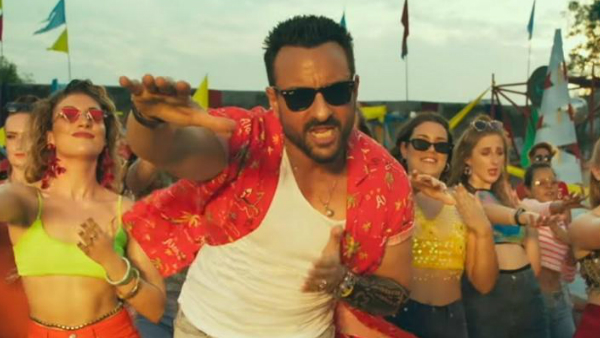