Forging his own path and making his way into the film industry, Indian superstar Yash has put in his heart and soul to achieve this stardom. Having said that, hailing from a very humble background, the biggest achievement for Yash is the blessing, joy and spark of pride in the eyes of his parents.

For Yash, his family and his parents mean the world to him. All the hard work he puts in is to make them proud of and he certainly is living his dream.

For the unknown, Yash comes from a very humble background. His father used to be a bus conductor and his mother was a homemaker. Both of them worked extremely hard to make ends meet in the house and take complete care of their children’s needs & wants, sometimes giving up on their own. Growing up with such difficulties, Yash was always determined to achieve everything in life to provide an easy and comfortable life for his parents. He wants to make all their dreams come true.

A source close to the actor shares, “Yash is the best example of a self-made man in this generation. Someone, who started with nothing in his hand. He slowly and steadily built his own empire, brick by brick, with sheer determination, passion and sincerity. His parents have always been proud of not just his achievements but how he overcame challenges at every step and evolved as a person.”

Starting gradually, with his diligence, passion and thrive to achieve, Yash moved up the ladder and is now widely known as a PAN India actor with his last outing KGF that was a huge success.

The Superstar is gearing up next, for the much-awaited sequel of KGF and return on the big screen as Rocky Bhai. 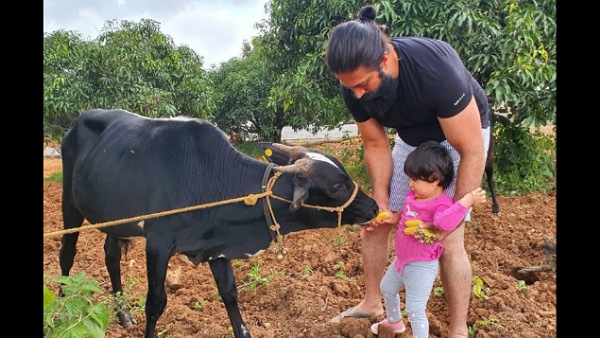