Hemanth G Rao is one such filmmaker who knows how to entertain his fans with a realistic approach in his work. After his first film, fans had a lot of expectations from Kavaludaari, which released today. It is a mystery thriller film which has been presented in an unconventional way, by refraining from using commercial elements. Very few neo noir films manage to win fans' appreciation, but Kavaludaari has broken the stigma associated with Sandalwood. The film revolves around two cops, who work together to resolve a three-decade-old crime mystery.

While the trailer only shows bits from the first half of the time, the film has lot to offer the fans in its second half. The twists and turns in towards the climax will keep you hooked on to the screen. And, usage of limited colors and realistic portrayal of scenes helps the audience relate with the story.

The film begins with a murder scene which dates back to 1970s. The story later shifts to the present time, which showcases the protagonist, a traffic cop who is trying to get a transfer to the crime department. Just when he realises there's no hope, he comes across an unresolved crime case. The crime investigator in him is awakened and he decides to solve the mystery. As the story succeeds, the fans get to see how the case unfolds.

In terms of the acting, Rishi steals the show. He has proved himself as a promising actor one needs to look out for. Meanwhile, the other actors such as Anant Nag and Achyuth Kumar are as entertaining to watch as always. Hemanth has successfully showcased all the characters by giving prominence to every minute detail. 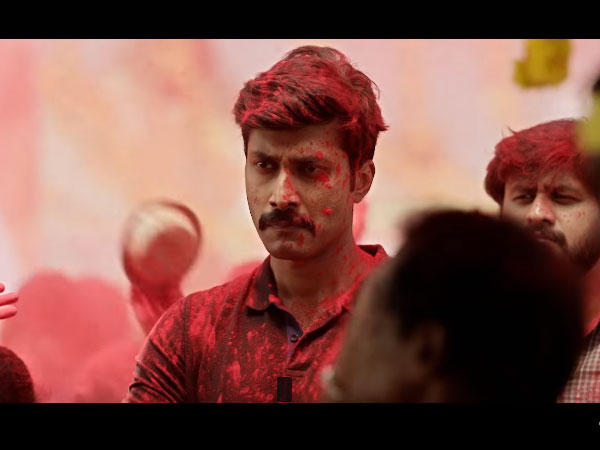 Kavaludaari is a film which has added a new definition to Sandalwood. Abstaining from the common commercial factors, Hemanth has proved his skills as an exceptional story teller. This film comes across as a fresh breath of air to the ones who are bored of watching mass films.