It is no secret that Bigg Boss Tamil Season 2 is one of the most popular and successful shows on television today. Hosted by veteran actor-director Kamal Haasan, the show has remained the top choice of the fans for nearly two months, courtesy its unpredictable content, wild twists, and interesting participants. Bigg Boss Tamil Season 2 is also completely unhinged and this has helped it become the talk of the town. Now, here is some news for those who have been following the show religiously.

Kamal Interacts With The Contestants

Kamal appeared on Bigg Boss Tamil Season 2 and interacted with the participants. He spoke about the importance of Independence Day. Thereafter, he played some fun-filled games with the contestants.

After the fun and games ended, Kamal entered the house and told Ponnambalam that he had been evicted. Following this, the Aadu 2 actor left the house.

After exiting the house, Ponnambalam interacted with the audience. Kamal asked him to comment on his physical confrontation with Aishwarya Dutta. He was also asked to comment on his 'unacceptable' attitude towards women.

While Ponnambalam failed to justify on his attitude towards women, he tried to explain the Aishwarya situation and said that the 'choke' he had applied on her was completely safe. He then demonstrated this on a volunteer from the audience.

Before the show ended, he said that he considers Aishwarya and Yashika to be like his daughters and added that they had become quite emotional while bidding goodbye to him.

With Ponnambalam leaving Bigg Boss Tamil Season 2, only 10 contestants remain on the show. The show is slowly but surely moving towards the finish line and one can expect business to really pick up in the days to come. In other words, the fans should be prepared for the unexpected. 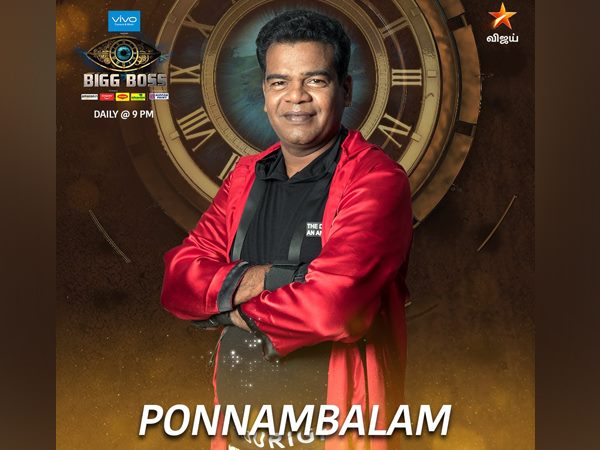