Last year, veteran actor-director Kamal Haasan suffered a big setback when Vishwaroopam 2 opened on an ordinary note and failed to impress critics. The film, directed by 'Nammavar' himself, never really clicked with the mass audience and this proved to be its downfall. In fact, the response was so poor that those associated with the movie suffered big losses. With the debacle behind him, Kamal is currently busy with his political commitments.

Recently, while campaigning, the Hey Ram actor said that Nathuram Godse was India's first terrorist and added that he was a Hindu.

"I am not saying this because this is a Muslim-dominated area, but I am saying this before a statue of Gandhi. Free India's first terrorist was a Hindu, his name is Nathuram Godse. There it [terrorism, apparently] starts," he added.

As expected, his remark ruffled a few feathers with several political leaders rebuking him for his 'strongly condemnable' actions.

Kamal's good friend and Kollywood legend was recently asked for his views on the controversy. However, in a surprising development, the 'Superstar' refused to be drawn into the issue and made it clear that he would not be commenting on the controversy.

On the work front, Kamal currently has Indian 2 in his kitty which is on hold for now. He might also begin work on Thevar Magan 2 in the days to come. On the other hand, Rajinikanth is currently working on Darbar which is slated to hit screens next year. 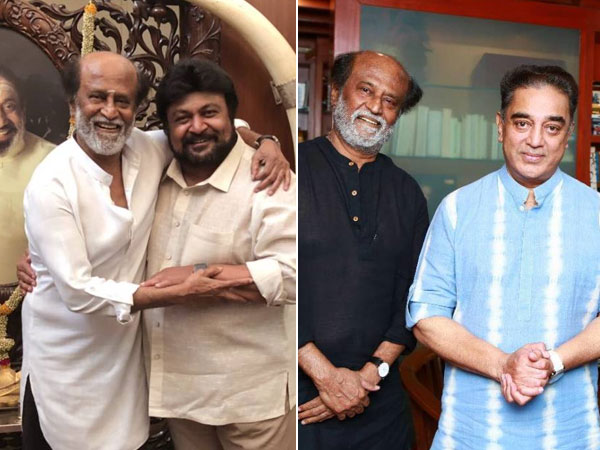 Soundarya Rajinikanth Wedding Guest List Out! Rajinikanth Has Invited These Stars For The Big Day