Darbar, the Rajinikanth starring action thriller is finally hitting the theaters today (December 9, 2020). The movie, which is directed by the renowned filmmaker AR Murugadoss, is getting a massive release with 7000 plus screens all over the globe. The film industry members and cine-goers are expecting a record-smashing opening for Darbar at the box office on the releasing day.

The trade experts suggest that Darbar will definitely take the box office by storm and emerge as one of the biggest box office successes of both the Tamil cinema industry and its lead actor Rajinikanth's career. The immense pre-release hype and exceptional advance booking rate also suggest the same.

Here we present the Darbar box office prediction report. Have a look...

As reported earlier, Darbar is getting a record release in Tamil Nadu. The Rajinikanth starrer is also having a massive number of fan shows on its opening day in the state. So, Darbar is obviously expected to make a grand opening collection at the Tamil Nadu box office, and break all pre-existing day 1 collection records of Kollywood.

The AR Murugadoss directorial is releasing in 4000 plus screens all over India. The advance booking rate is excellent in all major Indian cities, which confirms that Darbar will definitely have an excellent first day. The Rajinikanth starrer is expected to set a new record at the All India box office, with its opening day collections.

Kerala is unarguably one of the biggest markets for Tamil cinema. Rajinikanth and his films have always received immense love from the Malayali audiences. Darbar is getting a gigantic release in Kerala with about 350 screens all over the state. Thus, a recording-breaking opening is definitely on cards for the movie at the Kerala box office.

If things proceed as expected, Darbar will definitely make a set of new records on its release day with the opening collections at the worldwide box office. The 7000 plus screens all over the globe and exceptional promotional activities are expected to work in favour of the Rajinikanth starrer. 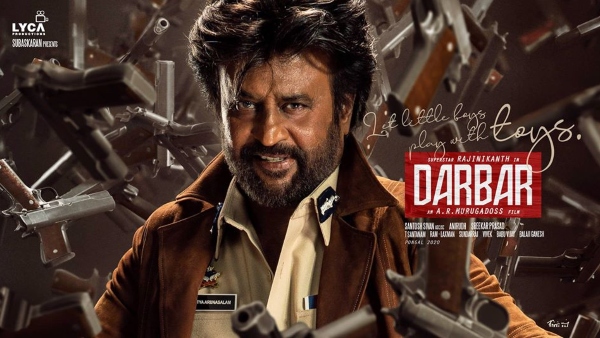 Darbar Twitter Review: Here's What The Audiences Feel About The Rajinikanth Starrer!