Amazon Prime Video today released the trailer for the much-awaited Tamil courtroom drama Ponmagal Vandhal, which follows the story of an honest lawyer attempting to free an innocent woman, who is wrongfully convicted. Produced by 2D Entertainment, the legal drama features a power-packed cast, that includes Jyothika, Parthiban, K Bhagyaraj, Thyagarajan, Pratap Poten and Pandiarajan. Being the first Tamil film to premiere worldwide directly on Amazon Prime Video, Ponmagal Vandhal will be available exclusively for Prime members to stream from May 29, in more than 200 countries and territories.

This riveting tale revolves around the story of a resident in Ooty named 'Petition' Pethuraj, who reopens a case from 2004 that involved a serial killer 'Psycho Jyoti' who was convicted for kidnapping and murder. Venba, his daughter and a passionate lawyer, weaves through the loopholes to unveil the truth. The case is a devious maze where nothing is what it seems on the surface. Condemned to be hungry for fame and publicity, Venba stands for justice despite the challenges that are thrown at her. Amazon Prime Video viewers can get set for a nail-biting climax as one waits to see if Venba is successful in proving Jyoti's innocence or not.

Suriya shared the trailer link on his social media handles with the caption, "Here's Venba's Journey to Justice...!! #PonmagalVandhal #PonmagalVandhalOnPrime World Premiere on May 29 @PrimeVideoIN".

"We're excited to premiere Ponmagal Vandhal exclusively on Amazon Prime Video and showcase yet another high-quality offering to our audience," said Vijay Subramaniam, Director and Head, Content, Amazon Prime Video, India. "As we expand the film's reach and visibility with a global release spanning more than 200 countries, avid movie buffs around the world will get to experience this fine piece of Tamil cinema. Through such worldwide movie premieres, we will continue to deliver on our promise of offering immersive and engaging cinematic experiences to our customers anywhere, anytime at their convenience," he added.

"We are thrilled to partner with Amazon Prime Video for the release of Ponmagal Vandhal where viewers and fans of high-quality Tamil Cinema can enjoy this riveting courtroom drama, in India and around the world," said Rajsekar Karpoorasundarapandian, Co-Producer & CEO, 2D Entertainment. "The gripping legal drama, while being local in its narrative, is an engrossing story that will keep the audience at the edge of their seat," he added.

"Ponmagal Vandhal is an eagerly anticipated film. The first look of the film received a phenomenal response and we have attracted many requests to reveal more details. We are looking forward to taking the film to a worldwide audience and allowing viewers to experience Tamil cinema in its finest," concluded Rajsekar. 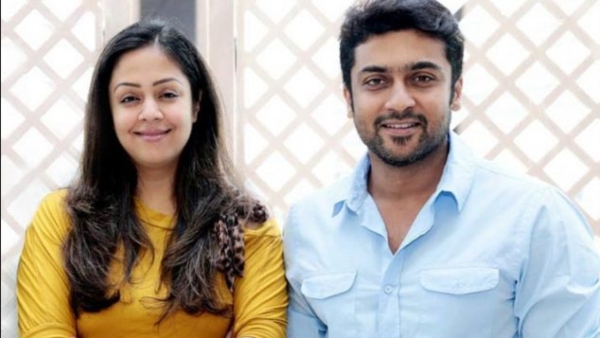 Ponmagal Vandhal is a Jyotika & Suriya Production under their banner 2D Entertainment. The producer is Suriya Sivakumar and the film is directed by JJ Fredrick.