Maniesh Paul will be seen hosting a new show - Movie, Masti With Maniesh Paul. Many popular Bollywood celebrities will be gracing his show. Recently, Akshay Kumar appeared on the show to promote his upcoming film Housefull 4. Reportedly, an unfortunate incident happened on the show as an artist, who was tied to a harness, fell unconscious. After Ali Asgar alerted about the same, Akshay rescued the artist.

In a video that is going viral on social media, Ali and the artist, who were tied to a harness, were being lowered. The artist, who apparently suffered low BP, fell unconscious. Ali realised something was wrong and immediately extended his leg to support him while Akshay and other crew members arrived to help the artist.

Akshay instructed a crew member to untie the artist, who was given necessary medical aid immediately. The artist was the popular comedian, Paritosh Tripathi.

About the incident, Ali told TOI, "Akshay was the first one to notice that Paritosh is losing consciousness and rushed to his aid, jumping over the water tank. I guess that's why we call him the ultimate Khiladi. Anyway, all's well that ends well. Paritosh recovered from his low BP bout in no time and we resumed the shoot. Guess these things are a part and parcel of any actor's life."

Actor Akshay Kumar helps to save an artist who fell unconscious on a harness while promoting his upcoming film on the sets of Maniesh Paul's new show Movie Masti. #AkshayKumar #moviemastiwithmanieshpaul 📽 @zeetv @viralbhayani

Netizens appreciated Akshay's gesture and called him a 'real hero'. Take a look at a few comments.

# Manasvini_prmr: He is as always great human being 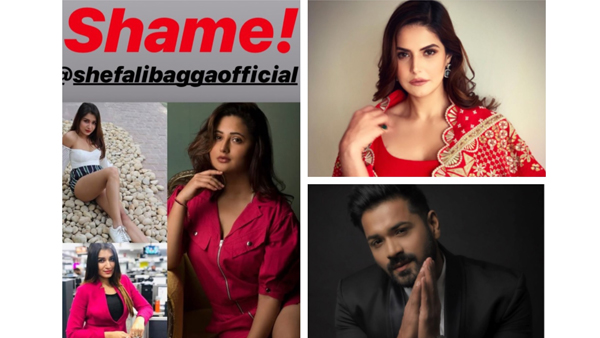