Gear up for some new twists in Star Plus' Kasautii Zindagii Kay 2 as Komolika is back! Yes, Komolika has returned to create trouble in Prerna and Anurag's lives. The makers released a promo recently in which Prerna was seen in a temple confessing in front of God as to how she is in a dilemma - she loves Anurag, but due to helplessness, she got married to Mr Bajaj.

Anurag overhears this and tells Prerna that no one can separate them as the truth is out now until she is with him!

As Anurag and Prerna hug each other, the hospital scene is shown, where the doctors are seen treating Komolika. The doctors unveil the new face of Komolika (Aamna Sharif). As she sees her face in the mirror, the tune of ‘Nika' plays in the background, which indicates that Komolika is all set to return with her new tricks!

Star Plus shared the promo and captioned it, "She's back! More dangerous. More vengeful. More edgy." - (sic). Her entry will be shown on October 10. Ekta Kapoor too shared the video and gave a wonderful caption. She wrote, "Bihar ka bebaaakpan .... bengal ki adaaa say hi to KOMOLIKAAAA! Amna not so ‘sharif' anymore as #komolika." - (sic)

For the uninitiated, Hina Khan is being replaced by Aamna Sharif as the former is busy with her other work commitments.

Coming back to the show, it has to be recalled that Komolika (played by Hina Khan) slipped from Basu house's terrace and fell into a river. She was assumed dead as her body wasn't found. Soon Mr Bajaj was introduced. Now that Mr Bajaj needs some help to separate the lovebirds, the makers will introduce Komolika. The new Komolika will join hands with Mr Bajaj to separate Prerna and Anurag.

Will the new Komolika match the standards set by old Komolikas - Hina and Urvashi Dholakia (in first season)? Well, we will have to wait and watch! 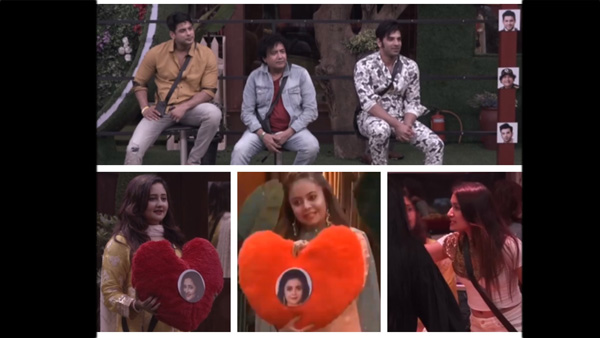