Kavita Kaushik doesn't want kids because of this reason | FilmiBeat

Kavita Kaushik, who is known for playing Chandramukhi Chautala on the show FIR, got married to Ronnit Biswas on January 27, 2017. The duo is often seen travelling with each other. Kavita also keeps her fans updated by sharing the latest pictures on social media. Recently, the actress revealed something that has shocked everyone! Kavita told to HT that she and her husband Ronnit have mutually decided to never have a child. The actress adds that she doesn't want to be unfair for the child!

‘I Don’t Want To Be Unfair To The Child’

Kavita was quoted by HT as saying, "I don't want to be unfair to the child. If I have a child in my 40s, by the time my child would be 20, we would've touched our old age. I don't want our child to take care of old parents in his/her 20s."

"Maybe we are not maternal and paternal as people. We want to make the world a lighter place and don't want to bring up a child to this overcrowded city and throw him in the struggles of Mumbai."

Kavita added, "Ronnit lost his parents when he was very young and even I, being the only child, had to do a lot of hard work to make a living and support my family. So now, we are enjoying life like kids, travelling and achieving couple goals and more."

‘Both Find A Parent & Child In Each Other’

"Sometimes I act like a father to him and he acts like a mother to me. We fulfil the things that we don't have in each other's lives, thus, we don't feel the need to have a child."

Kavita & Ronnit Have Adopted A Family!

The actress says that instead of having their own child, they have adopted a family. She says, "We've already adopted our father's extended family in the village in Rajasthan. We take care of them in the best of our capabilities. We like to do things for others." 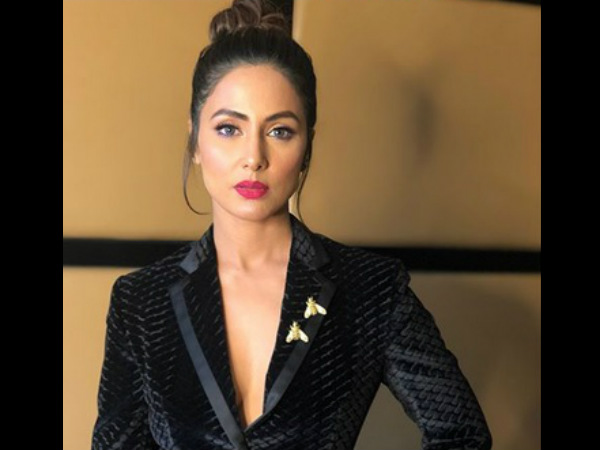 Most Read: Cannes 2019: Hina Khan To Walk The Red Carpet On This Date; Actress Will Also Speak At The Film Fest